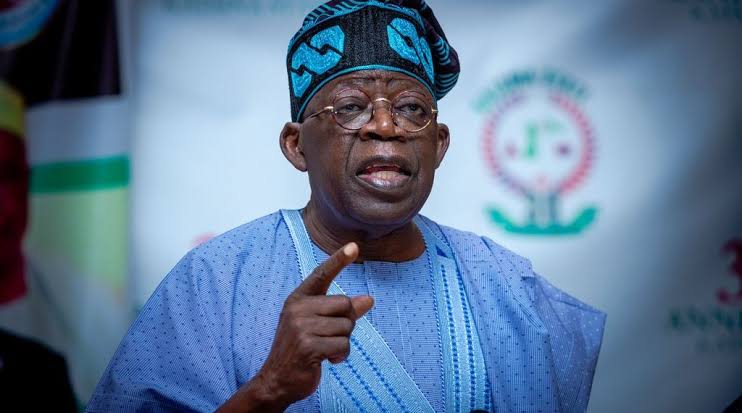 The All Progressives Congress (APC) National Leader, Bola Ahmed Tinubu, and four other Southern Nigerian contenders have been named to a shortlist of candidates for the party's prized presidential ticket in 2023.
Plateau Governor Simon Lilongwe announced the development in Abuja, saying it was done based on realities on the ground and without bias or feelings.
Aside from Tinubu, the list also includes Chibuike Amaechi, Prof Yemi Osinbajo, Dave Umahi, and Kayode Fayemi.
All aspirants on the list are from the South and have attested to the Governors' commitment to zoning for the region.
The Governor added that President Muhammadu Buhari has requested that the Progressive Governors' Forum decrease the number of aspirants and submit their names to the party.
He further stated that the five candidates were instructed to discuss and agree on a single candidate.
Recall that the ruling party was engulfed in a severe crisis on Monday, June 6, 2022, after the Governors unanimously rejected the chairman's announcement of Senate President, Ahmed Lawan, as the party's anointed candidate.
Soon after, Governor Rotimi Akeredolu slammed Adamu, telling him not to indulge in a "Dangerous Frolic," adding that "power must move to the south."
The declaration was also opposed by other NWC members and several other stakeholders.
On Monday night, President Buhari denied the position of Party Chairman, saying he had no 'anointed' nominee.
Politics Tinubu
Next Post Previous Post
No Comment
Add Comment
comment url
Breaking News,Election Primaries,Nigeria Elections 2023,Politics,Tinubu