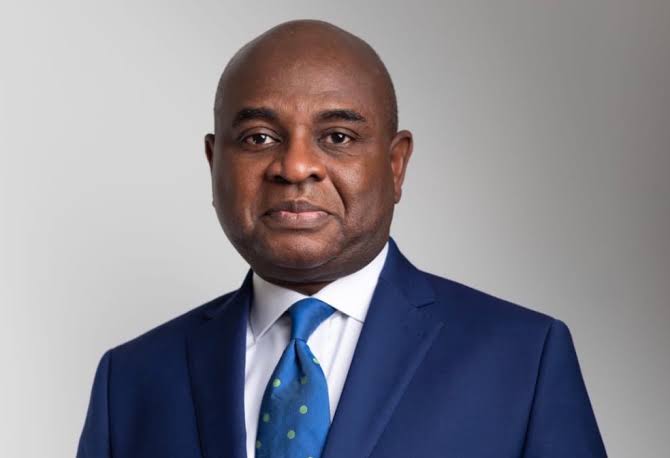 Kingsley Moghalu, a former Deputy Governor of the Central Bank of Nigeria, has been denied the African Democratic Congress's presidential nomination for 2023. (ADC).
This comes after Dumebi Kachikwu, the creator of Roots Television, was declared the ADC's presidential candidate during the presidential primary conducted on Wednesday, June 8, 2022 in Abeokuta, the Ogun State capital.
While announcing the results, the Chairman of the Electoral Committee, General Ekundayo Opaleye, stated that Dumebi received 978 votes, defeating a former deputy governor of the Central Bank of Nigeria (CBN), Prof Kingsley Moghalu, who received 589 votes, and six other aspirants.
During his acceptance address, the presidential candidate promised purposeful leadership to save the country from its current troubles, while also extending a hand of fellowship to other candidates.
Prior to the exercise, the former CBN deputy governor pledged to beat the presidential candidates of the All Progressives Congress (APC) and the Peoples Democratic Party (PDP), respectively, Bola Tinubu and Atiku Abubakar, in the 2023 elections.
"I am here to offer myself to you not because I am better than everyone else here, but because I care about the future of our country," Moghalu added. I present myself because God has given me the primary recognition to stand with Atiku and Tinubu and retire them."
Moghalu joined the ADC in October 2021 and was the Young Progressives Party (YPP) presidential candidate in the 2019 elections.
Delegates were selected from the 36 states of the union and the Federal Capital Territory (FCT).
Twelve candidates competed for the coveted position, including five women and seven men. Two of them did not participate in the exercise, while another, Mani Ibrahim, withdrew from the race.
Getting Info...