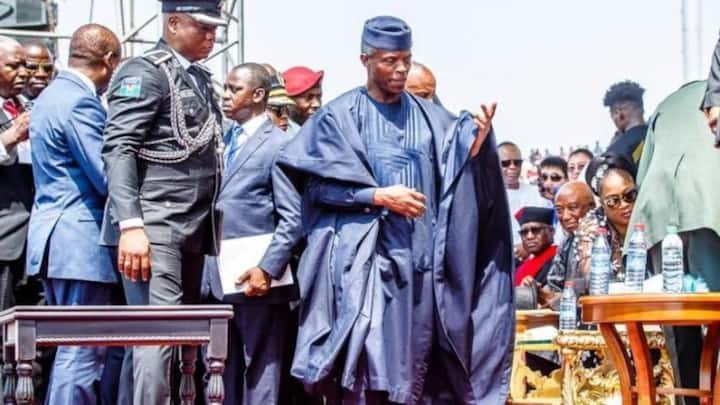 Vice President Yemi Osinbajo left Eagle Square, Abuja, the site of the All Progressives Congress (APC) presidential primary on Wednesday, June 8, indicating that his aspiration to succeed President Muhammadu Buhari will not be realized, according to PM News.
Although the Nigerian vice president was considered one of Asiwaju Bola Ahmed Tinubu's main opponents in the primary, the election results indicate that his presidential ambitions for 2023 will be dashed.
According to reports, the vice president left the presidential primary venue because he believed he had no chance of winning the poll.
Osinbajo's exit from the venue comes while the votes of APC delegates are still being counted.
The APC officials are currently sifting ballots, which will be followed by vote counting.
In the 2023 election, around 23 contenders are seeking the APC presidential ticket. Former Lagos state governor Bola Ahmed and Vice President Yemi Osinbajo are two major candidates.
As of now, seven aspirants have withdrawn their candidacy for Tinubu, while only one has withdrawn his candidacy for Osinbajo.
Getting Info...