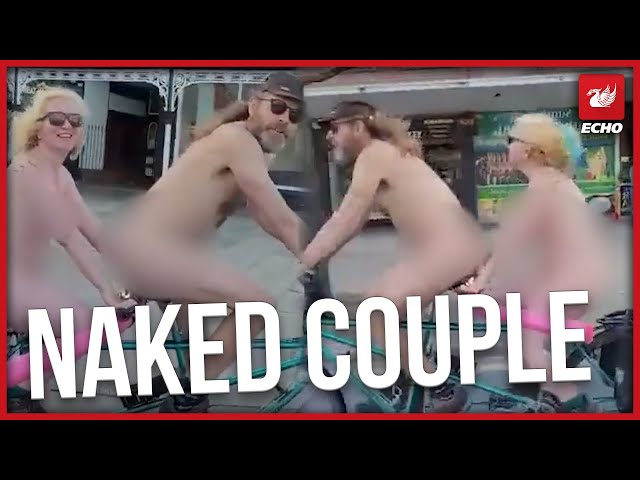 During the Jubilee weekend, a naked couple was seen riding a tandem bike through a bustling town center and waving to the cameras.
On June 4, passers-by on Lord Street in Southport noticed the couple around 7 p.m. Sharon Rimmer, who was in the passenger seat of a car that passed the Noods, managed to film them.
In an interview with the Liverpool ECHO, she stated: "We were driving down Lord Street in Southport last night around 7.15 p.m. We slowed down to enquire what they were doing, and they informed us that they were riding from Land's End to John o'Groats for charity."
The couple's bike ride through Southport was a warm-up for their big ride to raise money for Rewilding Britain, which seeks to "restore ecosystems" so that nature can sustain itself again, as well as the mental health charity MIND.
The participants are from the naturist group Free Wilders, which promotes rewilding across the country.
Later this month, two people will cycle north to south and two others will cycle south to north in an attempt to raise as much money as possible for Rewild Britain and MIND.
Next Post Previous Post
No Comment
Add Comment
comment url
Lifestyle