Pastor Quits Church, Becomes An Herbalist And Give Reasons 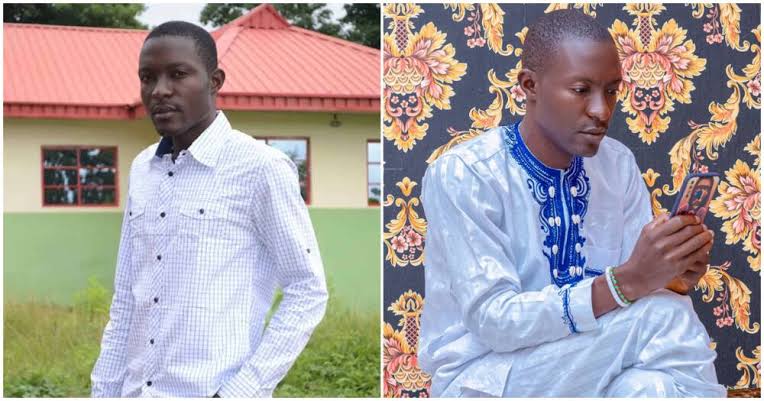 Yinka Oyewusi, a former pastor of Living Faith Church Worldwide (Winners Chapel), has disclosed why he left his ministerial position to become a 'Traditional Herbalist.'
According to Oyewusi, he received a visit from spiritual beings who told him that he is destined to be a local doctor and that he should not abandon his calling. He tried to pray it away, but it was futile, so he decided to go to a community where he would be given instructions on how to accept the ancient practice.
The ex-cleric was not convinced until his family faced a series of problems and none of his Christian brethren tried to assist.
Oyewusi told his tale on Facebook, saying that the actions of Christians forced him to resign and pursue a new route.
In his own words;
"Why Did I Resign As A Pastor In Winners Chapel And Become A Babalawo?"

We were three fiery brothers practicing Christianity in Iwo town during my early years, two of us quite destitute but with a strange resolve to endure. After finishing secondary school and having nothing to live for, the first among us was a gifted beggar. My mother is late, and my father's whereabouts are unclear as the second guy. So the first guy and I were living in one of three houses I knew belonged to the third guy's father, but the father didn't care about the third person. The first man is a virtuoso at raising funds by requesting "urgent 2k" - we lived on this for years.
I and the third guy somehow received degrees in science and administration, respectively; the first guy received a degree in theology and became the chaplain of a university Chapel.
However, as a fervent Christian, I lost 40% of my hearing. The last time I saw the first person of a chaplain, he required me to get him an urgent N5,000. The third guy contacted me this morning to say he has bone fractures and is being treated at Ogbomosho General Hospital. He needs money for food, but none is forthcoming. Let me add that the first guy is a Baptist, I went to Winners Chapel, and the third guy is a Mountain of Fire follower.
Then I joined the Winners Chapel ministry. Oratory is still my strongest physical gift – those who attended Winners Chapel Adeeke, Iwo in 2005 would remember me as Yinka.
I had read the scriptures from "paali to paali," and the prayer sessions I oversaw those days resembled wartime scenes. While in university, I was sent to pastor a new church in another town, which I performed well. But when I began full-time ministry, what you would call the hosts of hell knocked on my door.
They would tell me what would happen the next day, and it would happen. They'd tell me Mr A was at my door at 6:30 a.m. while I was still sleeping, and it'd be true.
Later, the spirits told me why I'm here, and that if I don't follow my path, I'll be sorry I was born. They stated I was born a Babalawo. I went into overdrive binding "thoughts that may establish themselves against God's wisdom and every disobedience..." Then I'd hear odd laughter from a bunch of people, implying that the spirits were numerous. Then I went to see a primary school classmate who is making a name for himself as a church general overseer. All of his prayers or rescue were in vain.
Then voices began frightening me and ordering me to go to a village whose name I had never heard before, claiming that someone was waiting for me there. I looked up the name of the town on Google and found it. I went because prior communications had not failed. When I met the person, the priestess warned me that rejecting to work for the gods would be a fatal decision. I immediately accepted the invitation.
However, divination is not an easy skill to master. Someone I know worked on it for eight years. By some rare turn of events, I became a pro in five months and a full-fledged Babalawo in nine months.
I'm inclined to say that Christians do things that contradict what the Bible teaches us. My daughter was on life support at Bowen University Teaching Hospital in Ogbomosho in 2020. The bills were plainly in excess of what my $50,000 salary could cover. I approached the church administration for assistance by calling the district pastor, who advised me to go the proper way in channeling my request. I replied that I initially phoned the local pastor, who directed me and gave me his phone number. The district pastor began to sound offensive. That's why I went to Nairaland and started a thread asking for aid.
Someone I met online sent me a large sum of money in the following thread to help me pay off hospital fees.
I gave two weeks' notice and handed my resignation letter in Winners Chapel in 2021. I never heard anything about my resignation from them before the notice expired, and I still haven't. However, when the district church paid a quantity of money into my bank account after I had gone (that money should have been delivered to the church's current pastor), I informed the accountant, and he ordered me to reimburse it immediately. I had no history of wrongdoing while working there. They treated me as if I didn't exist; their action degraded me to a new low, lower than the most vile of creatures...
The following advice is essential: "Life isn't just about money; you're here on a mission."