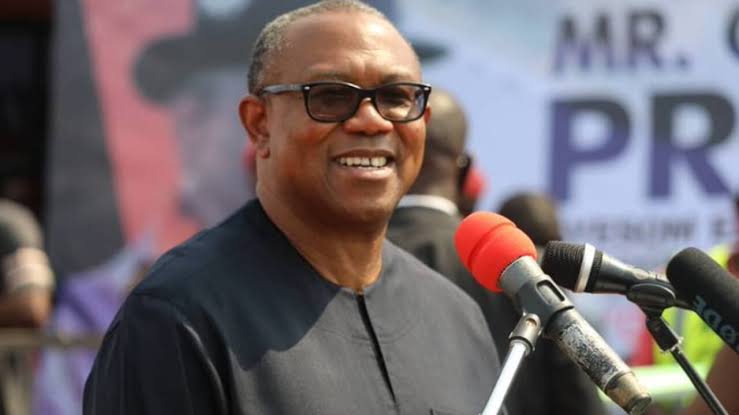 Peter Obi, properly known as Peter Gregory Obi, is a well-known Nigerian businessman and politician who served as the Governor of Anambra State three times between 2006 and 2014.
He is the flag bearer of the Labour Party of Nigeria for the Presidential seat in the 2023 General Election, with Atiku Abubakar of the PDP and Bola Ahmed Tinubu of the APC contesting it.

In the 2019 presidential election, Peter Obi was chosen as the vice presidential nominee, running alongside Atiku Abubakar, but lost to incumbent president Muhammadu Buhari and vice president Yemi Osinbajo. He is currently the Labour Party of Nigeria's candidate for the presidency in the 2023 presidential election.
Prior to his presidential ambitions, Obi ran for governor as a member of the All Progressives Grand Alliance in 2003, but his major opponent was declared the winner illegally. After three years of legal wrangling, Obi was pronounced the winner in 2006 and took office in March of that year.
He was then impeached in November, but the impeachment was reversed, and he was re-elected in February 2007.
When a new election was held in April 2007, Obi was ousted once more, but the judges intervened once more, ruling that he should be allowed to serve the full four-year term.
He was re-elected to a second term in 2010. Improvements in state finances, education, and healthcare were hallmarks during Obi's tenure.
After leaving power in 2014, Obi earned newfound prominence as a proponent of good administration and a national political figure after defecting to the Peoples Democratic Party.

Peter Obi was born on July 19, 1961, in Onitsha, Anambra State, Nigeria. As of the time of writing this biography, he was 60 years old.

Peter Obi was born on July 19, 1961, a year after Nigeria gained its independence, in Onitsha, Anambra State, Nigeria. He completed his elementary and secondary education there before moving to Enugu to study philosophy at the University of Nigeria, Nsukka, where he received a B.A. (Hons) degree, before moving to Lagos to study business and ultimately traveling abroad to continue his education.

After finishing his education, he entered the business and financial world and eventually rose to hold a number of senior executive roles at banks. Prior to quitting to enter politics, Obi served as chairman of Fidelity Bank in the early 2000s.
As a member of the All Progressives Grand Alliance, Obi competed for governor in 2003, but his main rival was wrongfully named the winner. Obi was declared the victor in 2006 after three years of legal haggling, and he assumed office in March of that year.
Then, in November, he was impeached; however, the impeachment was overturned, and in February 2007, he won reelection. Obi was again defeated in the April 2007 re-election, but the judges again stepped in and decided that he should be let to complete the entire four-year term. In 2010, he won reelection for a second term. During Obi's administration, the state's finances, educational system, and healthcare system all improved.

Businesses, contracts, and his pension (as a former governor) are some of Peter Obi's sources of income.

Peter Obi is a billionaire, according to Forbes. His estimated net worth was $5 million even before he was elected governor of Anambra State.

Peter Obi's biography has come to an end. I hope this article has helped you learn more about your favorite politician. If you think any of the information on this page is incorrect, kindly let us know by posting a comment below. I appreciate you reading this and your time.
Getting Info...