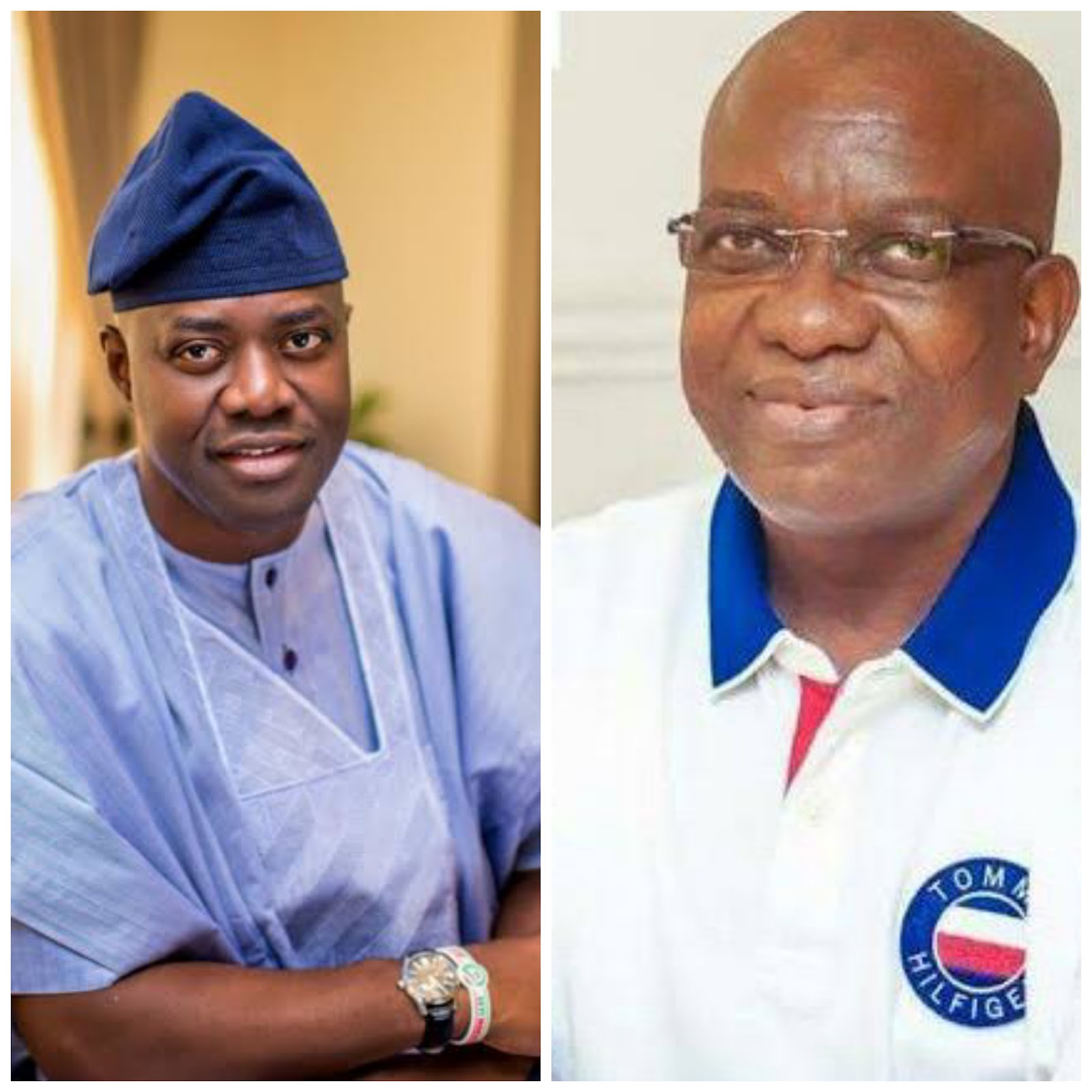 The Peoples Democratic Party (PDP) chapter in Oyo State has threatened to remove the state's deputy governor, Engineer Rauf Aderemi Olaniyan, if he does not resign willingly.
Akeem Olatunji, the state Publicity Secretary of the PDP, stated this in a statement made on Monday, June 6, 2022.
Recall that Olaniyan announced his departure from the PDP on Sunday, June 5, 2022, following reports that Governor Seyi Makinde was plotting to replace him as running partner in the 2023 general elections.
Olaniyan, who was elected as Deputy Governor with Governor Seyi Makinde on the PDP platform in 2019, has stated that he has joined the All Progressives Congress (APC).
Olaniyan, according to the Oyo state PDP, should resign as deputy governor "because he intentionally abandoned the political party and the votes that produced him as such on the party's joint ticket."
The ruling party has warned Olaniyan and his new party that they will not be able to reap the rewards of the PDP's votes in the 2018 governorship race.
He stated that the PDP leadership at the state, South-West, and national levels all interfered at various times to fix whatever crisis was fuelling the suspected defection plan, but Olaniyan fled.
"Our position is simple and quite clear on this topic, and as a matter of legal meaning, the votes in any election in Nigeria are to political parties, not candidates," the statement said in part.
"It is on this note that the PDP, as the state's ruling party, advises the Deputy Governor, Rauf Olaniyan, not to be carried away by the lies and deceits told him by a political neophyte such as 'Mr Jagba,' and be bamboozled into thinking he can be used as a tool to steal Oyo people's mandate through the backdoor."
"If the PDP, which is the lawful owner of every single vote cast by the people in the 2019 governorship election, fails to take this advise and adhere rigorously to it, the PDP will not hesitate to quickly employ all constitutional means to prevent this daylight robbery."
"We are resolute and resolved to reclaim the party's mandate that has been illegally and unlawfully withheld by the deputy Governor, Rauf Olaniyan, since it belongs to the people of Oyo state, who have handled it to the PDP," the statement stated.
The APC, on the other hand, characterized Olaniyan's defection to the opposition party by the party's gubernatorial candidate, Senator Teslim Folarin, as a positive development, saying it was terrible for the ruling party to lose such a political ally.
Folarin, who said this in a statement, advised the governor not to consider removing the deputy governor because of the action he had taken.
"I want to declare that His Excellency Olaniyan's position as legitimately elected Deputy Governor of Oyo State is secure and constitutionally supported; his tenure expires on May 29, 2023," he stated. As a result, the ruling PDP must abandon the impeachment objective or face additional victimization in whatever form. The APC will not tolerate harassment, humiliation, or victimization of any of its members.
"H.E Olaniyan and his throngs of supporters will not be the last to join the Oyo APC Rescue Mission 2023; many more PDP political office holders and chieftains will declare transfers in the near future."
"With characters like Olaniyan in the APC, the PDP will be humiliated in the 2023 general election." The uncontrollable exodus from the Oyo State PDP since 2019 is the biggest indicator for conducting an opinion survey.
"The defection of His Excellency Olaniyan to the APC boosts our morale ahead of the 2023 elections." "We will give him a resounding welcome following the 2022 APC Presidential Primary Election, which is slated to take place between Monday, June 6 and Tuesday, June 7, 2022," he stated.
Getting Info...