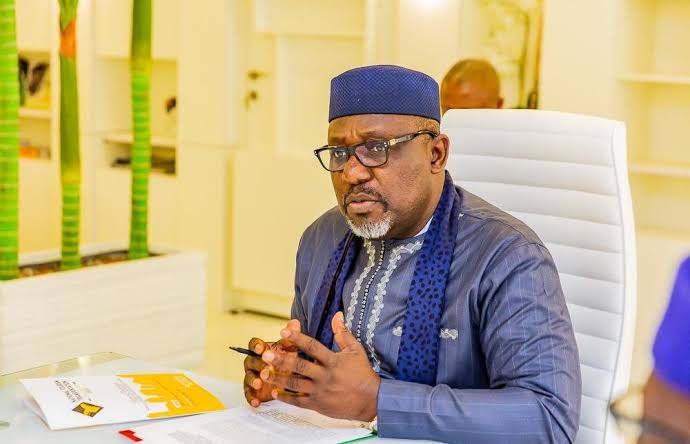 Sam Onwuemeodo, the Media Adviser to Rochas Okorocha, Senator representing Imo West Senatorial District and presidential hopeful in the ruling All Progressives Congress, has denied accusations that his principal has been disqualified from the party's presidential primary poll.
The screening committee, led by John Odigie-Oyegun, announced on Friday that 13 of the party's 23 presidential contenders have been cleared to compete in the party's primary on June 6.
Okorocha's name, on the other hand, had been rumored to be among those named as not cleared to participate in the primary in social media posts.
However, in a statement issued on Saturday by his media assistant, Okorocha stated that he had not been disqualified by the Odigie-Oyegun-led committee.
He emphasized that he had run for president three times before, and he questioned the committee's ability to do so.
"We have seen certain unconfirmed allegations, particularly on social media platforms, stating that the All Progressives Congress, APC, screening committee, led by Chief John Oyegun, reportedly cleared 13 of the presidential hopefuls and rejected ten," it said.
"According to various reports, Distinguished Senator Rochas Okorocha is one of the ten disqualified aspirants.
"We took our time listening to the video of what Chief Oyegun told media who accosted him after submitting the report of his committee to the party's National Chairman, Senator Adamu Abdullahi."
"Chief Oyegun did not state that Okorocha was disqualified by his committee." We also do not believe the committee is capable of doing so.
"This will be Okorocha's fourth run for the presidency of Nigeria." For eight years, he was governor. And now we have a sitting Senator.
"So, we're not sure why people behind this unsubstantiated speculation think Okorocha could be disqualified by the screening committee."
"We are certain of one scenario. That is, those working relentlessly and using all means possible to keep Okorocha out of the presidential election have not given up. They have increased their attacks since Okorocha went for the screening."
Okorocha, on the other hand, maintained his intention to run in the party's primary election, claiming that he would compete and win.
Source: Punch
Next Post Previous Post
No Comment
Add Comment
comment url
APC,Nigeria Elections 2023,Politics