Tinubu Supporters cause confusion as he arrives Eagle Square, Abuja 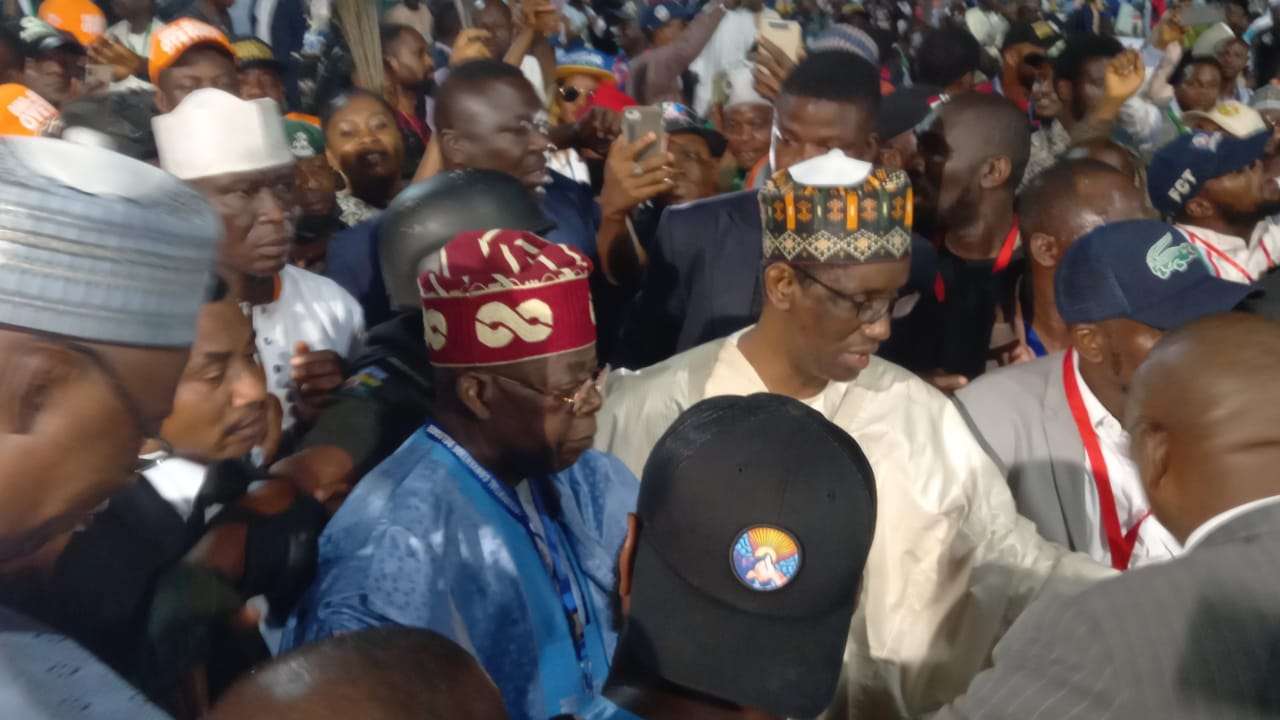 Presidential aspirant, Ahmed Bola Tinubu, was stampeded by his supporters at the Eagle Square Abuja, the venue of the All Progressives Congress Special Convention (Presidential Primary), there was confusion.
At around 7:20 p.m., Tinubu was greeted by a large crowd of his supporters, who surrounded him, causing pandemonium as security agents struggled to keep the crowd under control.
Tinubu was choked in the middle of the crowd as supporters sang "On Your Mandate We Shall Stand."
After being overwhelmed, it took the timely intervention of armed security agents who used teaser to disperse the surging crowd.
Getting Info...