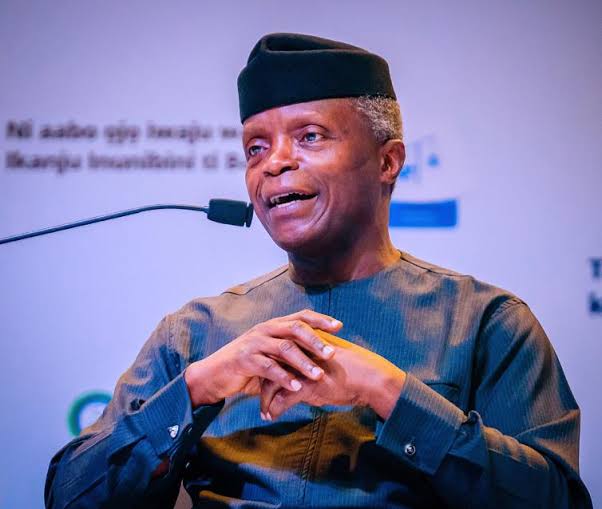 Vice President Yemi Osinbajo and his medical and security teams rescued victims of an accident on the Nnamdi Azikwe International Airport road in Abuja on Monday morning.
This contradicts reports that the Vice President was engaged in an accident today, Monday, June 6, 2022, on the airport road.
The VP was reportedly on his way to Ondo to express his condolences to the families of those killed in the attack at St Francis Catholic Church in Owo when he came across an accident scene and swiftly reacted with his medical and security teams.
According to Laolu Akande, Vice President's Senior Special Assistant for Media and Publicity, who confirmed the occurrence, one of the casualties was taken to Airforce Base Hospital after being extracted from the smashed car that had somersaulted on the opposite side of the road and become trapped in a tree.
He also stated that the Vice President and his team reached on time in Ondo, where worshippers were brutally attacked, resulting in a large number of injuries.
"The vice president will personally give the president's condolences and message," Akande said.
Getting Info...