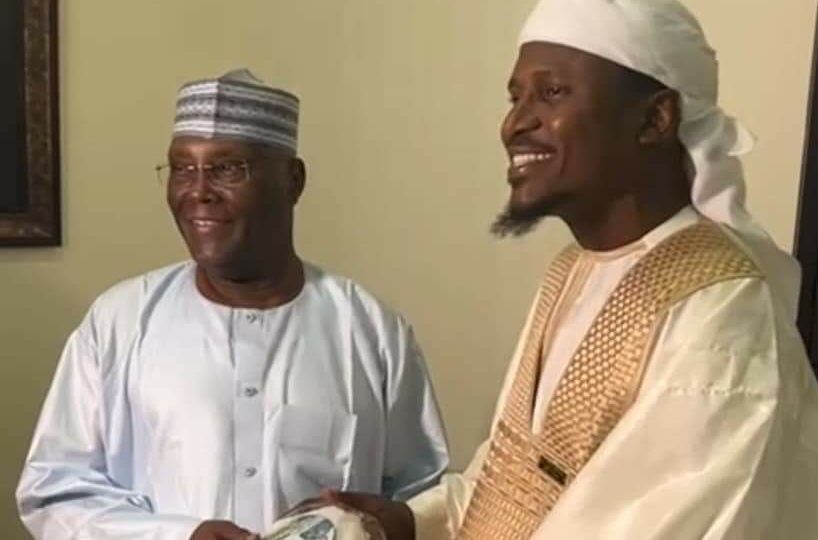 It’s election season-that period where Nigerian entertainers smile to the bank for endorsing their favourite political candidate or party.

As political activities continue to gain momentum for the 2023 general elections, notable Hausa musicians have started dishing out songs to eulogise their preferred candidates.

These singers play a crucial role in selling their candidates to the public, especially now that political parties have concluded primary elections. Most of them randomly sing for a particular political party and even a candidate.

Notable among those singers who have started releasing songs are Dauda Rarara (a famous All Progressive Congress APC singer), Nazir Ahmadz, who is known as Sarkin Waka (famously known to be supporting the People’s Democratic Party PDP) and Tijjani Gandu (who’s utterly loyal to Rabiu Kwankwaso of New Nigeria Peoples Party NNPP).

Music plays a crucial role in marketing politicians in the northern part of the country, especially with innuendos constantly thrown at opponents.

Historically, musicians in northern Nigeria have been involved in politics dating back to the 1940s and 1950s. In the colonial period, Hausa musicians mainly were royal singers, but with the involvement of the Emir’s children in politics, the singers joined the league.

A typical example of such singers is Salihu Jankidi – Rawayya and Musa Dankwairo, famously known as the official singers of the Northern Peoples Congress (NPC) and the northern Nigeria Premier, Ahmadu Bello.

Mr Dankwairo, who lived many years after the premier’s death, also participated in the 1979 general elections. He supported the National Party of Nigeria NPN, which produced Shehu Shagari’s presidency.

From 1979 to 1983, Mr Dankwairo sang for politicians like Maitama Sule, Ummaru Dikko, Ali Baba (former minister of Internal state affairs) and several others.

Still, in the same era, the song composed for the then Sokoto state governor, Shehu Kangiwa, Hausa language singer Sani Dandawo became famous. It made the governor (Mr Kangiwa) even more prominent. Mr Dandawo was also an NPN loyalist and singer. 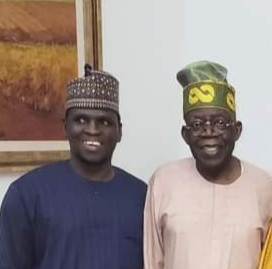 Rarara with Bola Tinubu of the APC

Immediately Mr Kwankwaso defected from the PDP to the NNPP three months ago, Mr Gandu released a song titled “Kafar ka Kafar mu madugu” (We’re with you, our leader).

In the song that has become a signature tune in almost every NNPP event, especially in the north, Mr Gandu justified why Mr Kwankwaso needed to leave the PDP to join a new party.

He followed it with another hit, Mai Kayan Dadi (the party of fruits). The song gave details of the “injustice” meted out to the former Kano governor and his loyalists by the PDP.

In the song that has 169,000 views on YouTube, Mr Rarara ridiculed those who contested against his preferred candidate during the APC national convention and rhetorically asked if there was any one of them capable of defeating Mr Tinubu.

While eulogising those who supported Mr Tinubu, especially the northern governors, Mr Rarara also commended the party delegates for doing the “right thing”.

Mr Rarara also taunted the main opposition party, PDP and the NNPP, making waves in the north. For PDP, he said Mr Tinubu’s emergence would finally bring an end to the PDP.

Mr Sarkin-Waka, who campaigned for the PDP in the 2019 elections after “detecting” from the APC, has found a new hero in PDP’s presidential candidate, Atiku Abubakar. 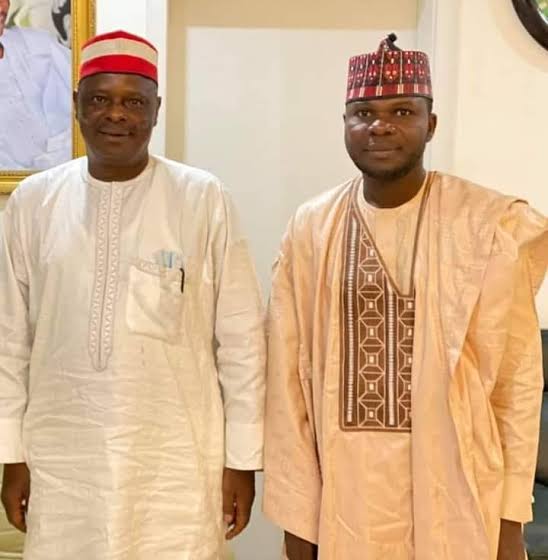 A week ago, the Kano-born politician released a song he titled “Sai Mun Ba ta Wuta”, meaning: We’ll burn it down. The song’s official video sees a picture of a broom (APC’s emblem) being burnt.

The song has so far gotten 221,000 views on YouTube and is entirely dedicated to the former Vice President’s struggles and why they should chase APC out of power in 2023.

Mr Sarkin Waka said the country had been bastardised by APC hence the need for it to be erased and bring in Mr Abubakar, who is the only one capable of taking the country to the promised land.

A lecturer at the department of Nigerian Languages at Kaduna State University, Jibrin Yusuf, said political singers are essential and have existed from time immemorial.

“In the northern part of this country, music has been in tango with politics for years. They (singers) were used by early days politicians like Malam Sa’adu Zungur to sell political parties and movements.

They propagated the mementoes of the movements and the parties to the general public up to the time of the Northern People’s Congress and the Nigeria Element Progressive Union NEPU. Sardauna (Ahmadu Bello) and Aminu Kano used musicians to reach out to the broader audience,” he said.

But he noted that despite the presence of traditional media and social media, political singers are still being used to reach out to the public because “they’re still important.”

Mr Yusuf added political singers have remained relevant because ‘‘some people are too idle to read statements, but if it’s a song, people will be eager to listen to it. They also explain what a particular party or even candidate sets to achieve if elected,” he said.

The university don added that the political singers use their talents to weave words in appealing ways to ridicule rivals and project their preferred candidates in good light.

When asked if the musicians have an advantage over the politicians, Mr Yusuf said in 2015,that Mr Rarara played a crucial role in APC’s dominance in Nigeria’s political scene.

“You know the number of songs he (Mr Rarara) released which were highly critical of the Jonathan-led administration. He used his talents to sell Buhari and the APC, and we’ve also seen how other musicians devoted time to campaign for other parties, especially in 2019.”

The university lecturer, who specialises in oral literature (poetry), said the musicians would play a key role in next year’s general elections.