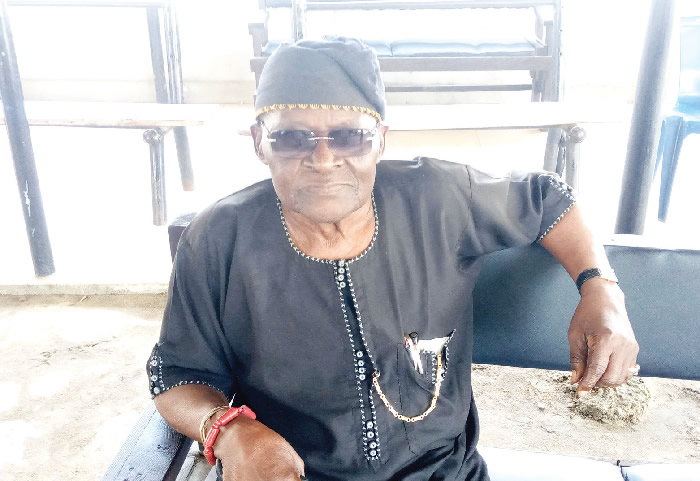 An  87-year-old cancer patient, Dr Lawrence Olowe, has narrated to a Federal High Court sitting in Lagos State how he left London onboard a Qatar Airways flight en route to Lagos, but was left stranded in Nairobi, Kenya.

The octogenarian, who testified before Justice Tijani Garuba Ringim, said he left London on December 12, 2019, but did not get to Nigeria until December 15, 2019, adding that the purpose of his travel was defeated.

Lawrence, who has dual citizenship in Nigeria and the United Kingdom, said sometime in August 2019, he went to London for his medical check-up.

He said his son, John Olowe, who resides in Nigeria, informed him that his (John) application for an interview for a British passport had been processed and he was invited for an interview at the British Embassy in Lagos on December 16, 2019.

The father said he then decided to come to Lagos to join his son.

The claimant’s flight schedule was from London vide Airbus Industrie A350-900 at Gatwick Airport on December 12, 2019 at 2.05pm to Doha and finally Qatar Airline flight to Lagos on December 13, 2019.

According to the claimant, the airline diverted the flight from Doha to Lagos, to Johannesburg, South Africa, on December 13, 2019.

The flight from Johannesburg to Lagos was further diverted to Nairobi, Kenya, on December 14, 2019.

Lawrence said he was then abandoned at the airport lounge throughout the night.

The claimant said he was flown from Nairobi, Kenya, to Lagos on December 15, 2019, and he arrived at the Murtala Mohammed International Airport Lagos around 5pm.

He told the court that he was almost arrested in Johannesburg, where the flight was first diverted to because he did not have a South African passport, adding that he had to tell them that his destination was not Johannesburg but Nigeria before they kept him in a “small hotel.”

The defence counsel, C. M. Eze, during cross-examination, asked the victim if he was able to travel back to London after his ordeal, and he replied no.

“Because I instituted a case against Qatar Airways and my airline said I cannot use my return ticket until the case is over.

“I suffered bodily injury, my luggage was taken away from me and I couldn’t take my drugs,” he added.

Asked if he had the medicine with him in court, he said, “It’s not in court, but I can produce it.”

After listening to his testimony, Justice Ringim adjourned the case till October 6 for continuation of hearing.

Olowe had in his statement of claim filed before the court through his counsel, Isaac Boro, asked for general damages in the sum of N20 million for the inhuman treatment, embarrassment and body pains he suffered as a result of the breach of contract of carriage by air of the defendants from Gatwick Airport, London, to Murtala Muhammed International Airport, Lagos.

He asked the court for a declaration that the defendants were in breach of the contract of carriage by air.

The claimant said he suffered irreparable damage as a result of his inability to attain the purpose of coming to Lagos at the material time.