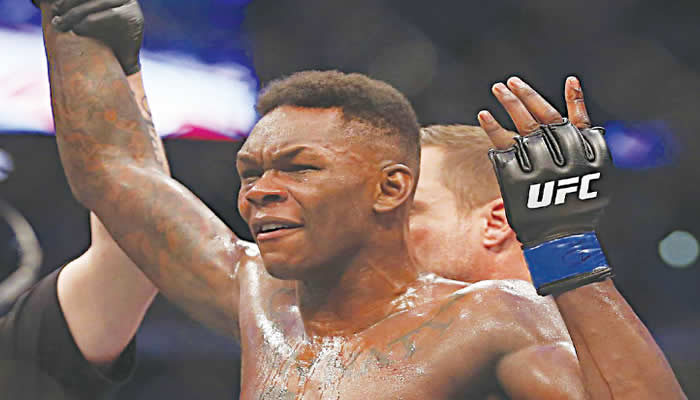 Israel Adesanya has said that MMA fans should expect an entertaining showpiece when he comes face to face with the dangerous Jared Cannonier at UFC 276.

Ahead of the title fight this weekend, Adesanya said Cannonier would melt under the pressure on fight day.

“So I’m saying that right now, mark my words, save this tweet, save this interview, whoever is listening – come back to the comments and talk s**t after I f**k him up.

“Fear is not a factor for me. I am about bettering myself, showcasing my skills, showcasing my martial arts and putting on a display the way I know how. I’m an artist and I really want to express myself on Jared come July 02.

“I like to prove people wrong. But what I like most is proving myself right. Everything I’ve said I was ever going to do before I even got in this game – I have done and then some.

“Proving people wrong is just like the icing on the cake, so I can watch them cry their salty tears.”

Adesanya added that sharing a cage with him is a unique feeling, saying, “It’s something that can’t be described, it can only be felt, and only a privileged few have been able to feel that presence from me.

“I have no doubt in my mind that he’s going to feel my presence under those lights. It’s a different story when you are on the biggest show of the year, I’m used to this. It’s an acquired taste for me.

Adesanya, 32, brought entertainment to the weight class since becoming UFC middleweight champion in only his 18th fight.

And he will be hoping to add Cannonier’s name to his list of victims in this weekend’s fight at Las Vegas’ T-Mobile Arena.