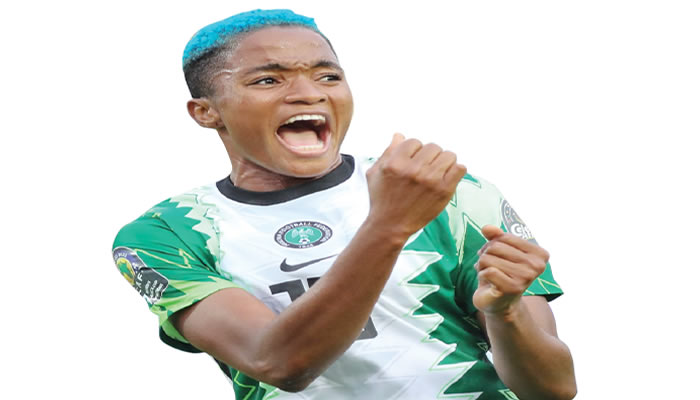 Nigerian forward Rasheedat Ajibade has praised the Super Falcons’ team for the spirit they showed during their semi-final clash against hosts Morocco at the ongoing Women’s Africa Cup of Nations in Rabat, PUNCH Sports Extra reports.

The Atletico Madrid striker wrote on Twitter, “Words are not enough to describe the passion, resilience, tenacity of this Falcons’ team, we remain the best. Super proud of you all.”

The Falcons were reduced to nine women after Halimatu Ayinde and Ajibade were both sent off in the second half following sloppy tackles.

The win was the first ever for the Lionesses against the defending champions, after previously losing 8-0 at the 1998 edition of the WAFCON in Kaduna and 6-0 at the 2000 edition in South Africa to their foes.

A forced own goal from Yasmin Mrabet gave the Falcons the lead in the 62nd minute, but parity was restored when Sanaa Mssoudy fired in a shot from close range after the Falcons defence failed to clear their lines, with Chiamaka Nnadozie, in goal for the Falcons, spilling a cross from the right flank.

Ifeoma Onumonu then sent her effort straight at goalkeeper Khadija Er-Rmichi in the ensuing penalty shootout, the only player to miss her kick, to hand the hosts their biggest victory in women’s football.Morocco will now play South Africa in the final on Saturday, while the Falcons face Zambia for the third-place match on Friday.