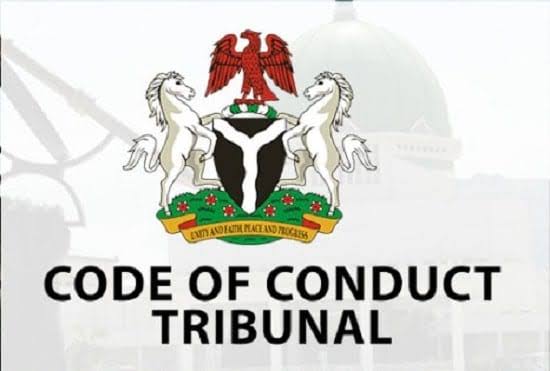 An international civil and not-for-profit organisation, Egalitarian Mission for Africa, has disclosed that its research has shown that a great number of government agencies in Nigeria do not observe the guidelines of the Code of Conduct Act as instructed by the law.

The group, which alleged that most defaulters of the Act are political office holders, asked the Chairman of the Code of Conduct Tribunal, Justice Danladi Umar, to bring defaulters to book.

The group alleged that many government workers as well as political office holders, including politicians seeking elections have failed to declare their assets through the filling of asset declaration form as expected by the provision of law in accordance with the Code of Conduct Act.

The organisation also said that political office holders are also not always truthful to the law in completing the declaration of assets form.

The Chairman, Board of Trustees of the organisation, Dr. Kayode Ajulo, in his reaction said, the group will be working in partnership with the Code of Conduct Tribunal to ensure that the law of declaration of assets was strictly adhered to in government organisations.

“The Tribunal is further empowered to impose any of the following punishments;
vacation of office or seat in any Legislative house, as the case may be; disqualification from membership of a legislative house and from holding of any public office for a period not exceeding ten years; and seizure and forfeiture to the State of any property acquired in abuse or corruption of office,” he said.

While commending Justice Umar for ensuring adherence to the act, he said the group in partnership with the agency would compile the list of violators.

“We will publish it at the end of the process and will accordingly drag them before the Code of Conduct Tribunal thereafter.

“Declaration of assets at the CCB is no news to any public office holder. We all must play our parts in the development of this country. Nigeria will not develop with many violators of the law managing the affairs of government.

“Therefore, we are giving government workers, especially political office holders who are yet to declare their assets to choose the path of integrity and do that within the window of opportunity of the next seven days after which, we will publish the list of defaulters and serve them the necessary letters to face the CCT,” he added.