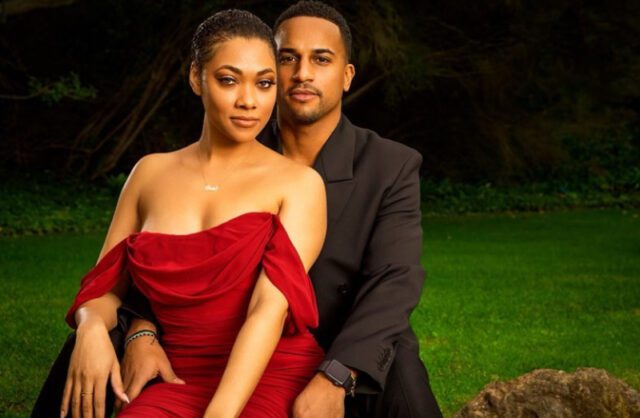 She is the oldest child of Eddie Murphy, an actor and comedian who has been nominated for an Academy Award, and Nicole Mitchell Murphy, a former model.

As a result of her father’s previous and ongoing relationships, she also has five half-siblings. Bria Murphy is gifted with natural beauty and is skilled in her field. She has made an appearance in a few TV shows and movies.

Bria Murphy, who was once affiliated with a well-known modeling agency, is currently the brand ambassador of a leading hair-care company. She co-owns an art gallery and is also an artist.

In 2006, Bria Murphy‘s parents split because of their irreconcilable differences. The divorce was officially finalized on April 17, 2006, after filing in August 2005. Eddie Murphy has since had other partnerships and fathered additional children.

Eddie Murphy and his then-girlfriend, Mel B, a former Spice Girls, had her first younger half-sister, Angel Iris Murphy Brown. Eddie Murphy then dated the model Paige Butcher, with whom he had a daughter named Izzy Oona Murphy and a son named Max Charles Murphy.

The oldest of the family’s four children is Bria Murphy. She completed her ninth grade at home. She was a basketball and volleyball player in high school.

Bria Murphy didn’t face many obstacles at the beginning of her career in the film business. When she was younger, she had various opportunities to learn more about the sector. Before entering the realm of glamor, she took her time to get to know the craft better.

Drawing and art are very important to Bria Murphy. What motivated her to pursue a career as an artist was an animated art titled Alice in Wonderland

Bria Murphy has consistently expressed an interest in acting and modeling. 2011 was the start of her acting career when she was chosen for the TV show Love That Girl! In one of the show’s episodes, she portrayed the part of Angel.

She made an appearance in an episode of the comedy-drama Baby Daddy the year after. In the 2013 television film The Start Up, she portrayed the small part of Nis. She had eight appearances on the television show Hollywood Exes in 2014.

Bria Murphy portrayed herself in the romantic comedy The Game in 2015. In the 2016 comedy film Amateur Night, in which she co-starred with actor Ashley Tisdale, Bria Murphy made her acting debut as the prostitute Jaxi.

She essayed the brief role of Mimi in The Perfect Match Romantic comedy.

Bria Murphy also entered the modeling industry, following in her mother’s footsteps. She has participated in a few modeling projects, although none of them have been very notable. But she aspires to be a Victoria’s Secret Angel.

She and LA Models have a deal. At January 18, 2011, ceremony at the Juliet Supper Club in New York City, Bria Murphy was announced as the international spokesperson for Dark and Lovely hair care products.

Bria Murphy has a strong passion for the arts. Before branching out into modeling and acting, she started her career as an artist. In 2003, she worked with the movie Daddy Day Carhart‘s department.

She created many of the children’s drawings that were shown in the film, which starred her father. She co-founded the ArtUs Gallery, where she frequently exhibits her paintings.

In the past, Bria Murphy has been in a few relationships. She dated Marcus Cooper, also known as Pleasure P, a well-known R&B artist.

Pleasure P was later charged with abusing children. They did not have a very long-lasting relationship. Each of them has never provided a specific explanation for the breakup.

After splitting with his ex-boyfriend, Bria Murphy found solace in Michael Xavier‘s arms. After dating for some time, Bria Murphy, Eddie Murphy‘s daughter, got married to Michael Xavier, an actor, on the 9th of Jul 2022. She and her fiance has no baby (child).

The TV actress Bria Murphy‘s net worth is estimated at US$5 million. She makes her fortune by appearing in movies and her business ventures.