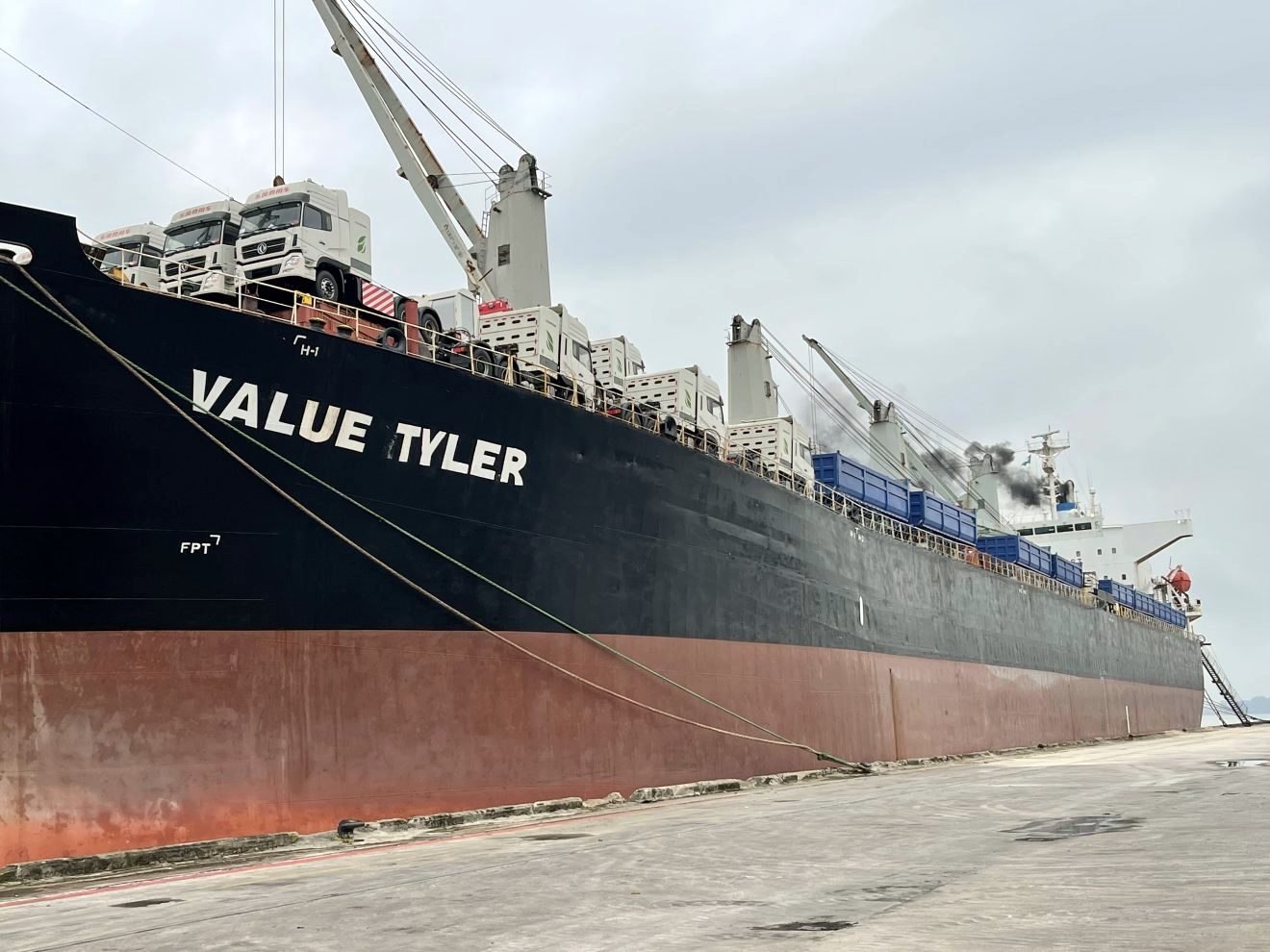 Activities at the Calabar Port were boosted on Thursday as a general cargo vessel berthed with 204 heavy-duty trucks, 22 cubic metres of pipes and other containers.

Speaking with reporters on Friday in Calabar after the berthing of the vessel, Festus Olumati, the Port Manager, said this was coming three years after a ship berthed there last.

The manager said that Calabar Port was still viable and of economic benefit to the state and to Nigeria.

Mr Olumati said the port was safe for berthing, hence the need for customers to patronise it to clear their general containers.

“The significance of the berthing of this vessel is to tell the world that Calabar Port is active and working. The rumour going round that nothing is happening in Calabar Port is fake.

“The length of this vessel is 190 metres, and this has never happened in recent times at Calabar Port.

“The cargo on board is 204 trucks, 22 cubic meters of general cargo, especially pipes, and we also have some containers in it.

He said the berthing of the ship was in line with the resolve of the Nigerian Ports Authority (NPA) to revamp the port to attract customers, adding that it would generate employment for Calabar residents.

Mr Olumati said more than 50 persons were supporting the shipping company in the discharge of the trucks and the containers.

Edward Akpan, the general manager of the terminal operator used in the berthing, said the vessel sailed from Singapore.

Mr Akpan said the owners of the cargo consider Calabar Port as a preferred terminal based on the support given to them over the years.

“As a terminal operator, we woo our customers by giving them some incentives to berth at Calabar Port.

“Our customers are satisfied with our mode of operations and I want to appreciate NPA for its continuous support for the terminals.

“When vessels berth at Calabar Port, the owners are always here to ensure that their cargo is not dented and they have been so amazed with recommendations on our path for jobs well done,” he said.

The News Agency of Nigeria (NAN) reports that there was beehive of activities at the port during the discharge of the trucks and the containers.