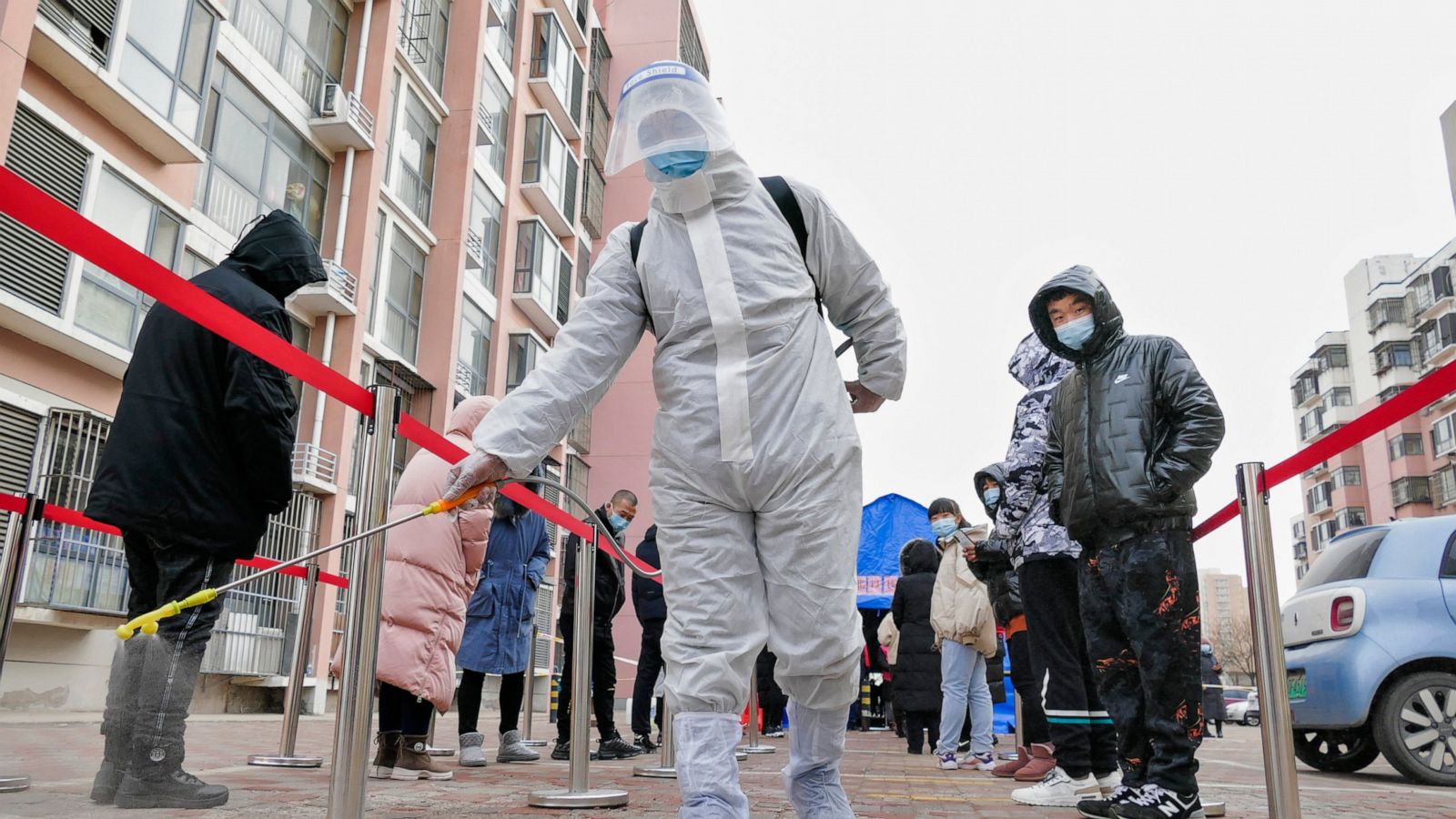 The news came after a forecast-busting US jobs report last week indicated the world’s top economy was coping so far with the Federal Reserve interest rate hikes, giving it room for more as it battles soaring inflation.

Traders are also keeping tabs on developments in Washington as President Joe Biden weighs removing some of the Donald Trump-era tariffs on Chinese goods worth hundreds of billions of dollars.

Shanghai recorded more than 120 virus cases at the weekend, having seen its first case of the highly contagious BA.5 Omicron strain, forcing officials to launch another mass testing drive.

With China fixated on its zero-Covid strategy of wiping out the disease, there is increasing concern that authorities will revert to another painful lockdown, with Shanghai residents having only emerged from a two-month confinement in June.

There have also been new infections uncovered in other parts of the country, including Beijing.

Data this week will provide a fresh update on the economic impact of those measures, as well as similar strict controls in Beijing.

The prospect of another lockdown sparked a sell-off in Hong Kong and Shanghai, while there were also losses in Sydney, Seoul, Taipei, Manila, Jakarta and Wellington.

However, there were gains in Tokyo as traders welcomed Japan’s ruling bloc securing a strong win in Sunday’s upper house election, held days after the assassination of former premier Shinzo Abe.

The result should provide the government with some stability, while there were also hopes for a cabinet reshuffle and economic stimulus.

– Fed ‘must be resolute’ –
The weak start to the week followed a tepid lead from Wall Street, where the strong jobs reading ramped up bets on further big Fed rate hikes after officials said the economy was strong enough to withstand them.

The central bank is predicted to announce a second successive 0.75 percentage point lift at its next meeting this month, while further big increases are also expected before the end of the year.

Policymakers have said they are determined to bring inflation down from four-decade highs, even if that means hurting growth.

On Friday, New York Fed president John Williams reiterated its determination, saying in a speech: “Inflation is sky-high, and it is the number one danger to the overall health and stability of a well-functioning economy.

“I want to be clear: this is not an easy task. We must be resolute, and we cannot fall short.”

Worries about another shock to the Chinese economy from possible shutdowns also dented oil markets as concerns about a hit to demand outweighed ongoing concerns about tight supplies.

Still, there is a view that prices will remain elevated for now.

“Although the possible demand impact of a recession continues to weigh on sentiment, the prevailing view, at least for now, is that the longer-term structural issues facing the oil market will support prices.”

Investors will be keeping watch on Biden’s visit this week to Saudi Arabia, where he is expected to push for the crude giant to ramp up production to make up for the output lost to sanctions against Russia.