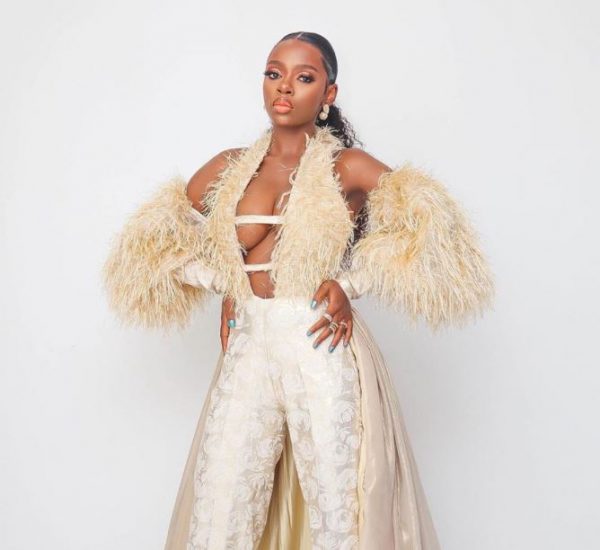 Currently, she works as a professional chef at Russet’s Kitchen. She rose to fame after she was selected as one of the housemates for the Big Brother Naija season four reality show.

As an actress, Diane Russet has starred in several Nollywood movies, including Storm, Record, Bayi, and The Therapist. She is a movie star to reckon with and one of the best at that.

Diane Russet was born with the full name Precious Yunana Yashim in Ilorin, the capital of Kwara, on the 28th of February, 1996. She is of the Hausa tribe of Nigeria.

Diane Russet is the daughter of the late Mr. Yashim (Father). Late Yashim was an enthusiastic politician and former chairman of Kaduna South Local Area of Kaduna.

Diane Russet’s mother, on the other hand, is a Yoruba woman. She describes her as a very paying and supportive mother.

However, she graduated from the University of Debrecen in Hungary, where she studied courses in medicine.

After that, Diane Russet pursued a bachelor’s degree in Molecular Biology and Genetics at the prestigious Eastern Mediterranean University in Cyprus.

Diane Russet is currently based in Lagos, Nigeria. She chooses a career path as a model, influencer and actress. Now, she works as the CEO of Russet’s Kitchen. Russet’s Kitchen is an online service that provides a wide variety of continental dishes and pastries.

Before then, she was one of the participants of the popular reality television show Big Brother Naija, season four. When asked what she would do with the prize money if she won the show, Diane Russet stated that she would travel and try diving into the entertainment industry as an actor or TV presenter. I will also return to school.

Unfortunately, she didn’t clinch the prize trophy at the show, finishing sixth. Nonetheless, Diane Russet accomplished one of her dreams of becoming an actress. She has starred in about five movies, including Storm, Record, Bayi, The Therapist, and Trailer.

Diane Russet‘s mainly received positive critical acclaim, with many describing her as an actress to watch out for in the Nollywood industry.

Diane Russet‘s goal is to remain consistent and exceed the peak of her career as a model, actress and chef.

Diane Russet has over 332.4k followers on Twitter as her fan base continues to grow significantly on the microblogging platform.

Diane Russet is currently in a romantic relationship with her boyfriend, Elozonam. She and Elozonam started dating while competing at the Big Brother House. She is not married and has no child.

Their relationship has remained healthy even after the show, with many predicting that the couple will eventually tie the nut. Diane Russet was rumoured to be in love with a Ghanaian celebrity named Mawuli Gavor. This occurred after her comment of 2018 on the Ghanaian’s page was retrieved, where she said she would do anything for Ghanaian Jollof. That caused a stagger in their relationship, but they were fast to put it under control.

Diane Russet describes herself as an easy-going girl who tries to avoid trouble at all costs. Her favourite outfit is a shirt, trousers and sneakers. The model and aspiring cook is also a proud graduate of the prestigious University of Debrecen in Hungary.

Studying and living there was an exciting yet eye-opening experience she’ll forever be grateful for.

One of the highlights of her life is being selected as a Big Brother Naija Season Four. She disclosed in an interview that she likes trying new things and wants to see a whole experience through.

Diane Russet is a fasting rising actress and movie producer. Currently, she has an estimated US$250,000 as net worth.

Her influencer, actress, and chef career has primarily influenced her earnings.

After her elimination at the Big Brother Naija Season 4, Diane Russet began her acting career. She has starred in the following movies;