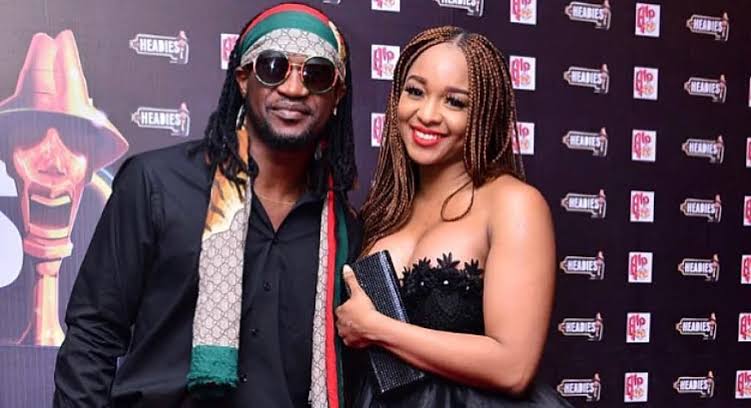 Anita, the estranged wife of famous Nigerian music star Paul Okoye, better known as Rude Boy and one-half of the singing duo, Psquare, has revealed why she is divorcing her husband.

However, in a surprise move, Anita filed for divorce in August 2021.

She requested the dissolution of her marriage with Paul, as per a partly redacted court document that surfaced and went viral on social media platforms.

According to the petition filed at the High Court of the Federal Capital Territory, Anita cited “irreconcilable difference” as her reason, asking Paul to challenge it if he felt disgruntled.

A petition signed and submitted by Anita’s lawyers, Ojonimi Akpeh and Okutepa J.S, at the High Court of the Federal Capital Territory, Maitama, recently surfaced on the internet, stating the several allegations made by Anita against her estranged husband.

Anita accused the “Reason with me” coroner of allegedly having an affair with one of their house helps, identified as ‘Florence’.

According to the court petition, the singer threw his wife and her sister out of his house in June 2020, after they had discovered his illicit affair with their maid.

The court petition reads, “That I know as a fact that the Respondent on 11th June 2020, threw the petitioner’s sister and me out of the house after we discovered that he had started an illicit affair with one of the house helps by name Florence.”

In the court petition, it was stated that Paul sent his wife packing out of his house to ‘clip her wings”, which suggests that the couple are not living together, as it was not also stated if Anita returned home.

Anita is a business entrepreneur based in Atlanta, Georgia, USA, where she lives with her kids.

In September 2021, amid his divorce controversy, the singer visited his wife and children in the U.S.

The petition also stated that Paul sent his wife packing, and she had no one else to lean on.

It reads, “That I know as a fact that while sending I and petitioner’s sister packing, the Respondent also boasted that the reason for his actions was to ensure that the Petitioner’s wings were clipped and that she had no one else to lean on.

The father of three was also accused of not showing interest in the upbringing of his children.

Anita also stated the singer is rarely at home and does not have time for family life due to his music tours and travels.

She wrote, “That I know as a fact that the Respondent has shown minimal interest in the upbringing of the children and rarely participates in the discipline of the children.

“I know the Respondent has always been travelling on music tours and is barely at home and does not have time for family life.”

In the court papers, Anita also accused Paul Okoye of cheating her out of a deal to build a mall to be jointly owned.

Anita said she contributed N10 million, and they had an agreement that she would be granted space at the mall upon completion.

“That I know as a fact that the Petitioner founded a company called TannkCo in 2019.

“That the Petitioner and the Respondent agreed to build a mall where TannkCo would have its main offices, and the Petitioner contributed N10,000,000.00 (Ten Million Naira) for the purchase of the land and the building of the mall.”

“That I know as a fact that the Respondent, upon completion of the mall, reneged on the agreement and failed to give TannkCo a space in the mall.

According to the court petition, a close friend to the petitioner claimed that Anita has endured a lot of ‘painful’ experiences in the marriage.

The court petition did not explicitly highlight the painful experiences.

“That I know as a fact that I have been close to the petitioner and the respondent since their marriage, and I know that the Petitioner has endured a lot of painful experiences in the marriage, and I was always encouraging her to continue to do her best for the wedding to survive.

“That I make this written statement oath in good faith and to the best of my knowledge, information and belief and by the Oaths Act,” a deponent close to the petitioner said.

However, PREMIUM TIMES contacted Paul’s lawyer, Somadina Eugene, a close friend of the musical group, and he promised to provide more updates on his client’s response to the court petition. He is yet to do so as of the time of filing this report.

The news of Paul’s divorce is coming in the wake of JJC Skillz’s separation from Nollywood actress, Funke Akindele. U