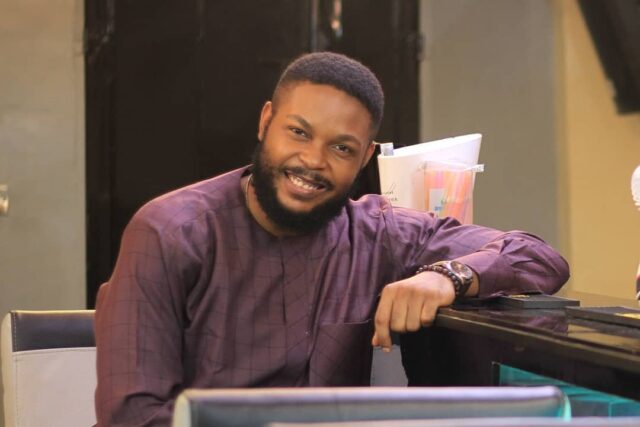 He is appreciated for his role in the 2006 Tajudeen Adepetu-produced television series titled One Love, as well as his portrayal of a character named Tubosun in a movie titled Celebrity Marriage.

He was nominated as Best Supporting Actor Male at the Zulu African Film Academy Awards in 2018, amongst other top recognitions.

Felix Ugo Omokhodion was born in Lagos Island, Nigeria, on 27 April 1986. However, he hails from Edo State, South-south Nigeria.

He is his father’s first child and his mother’s only child, born to a Flight Captain named Felix Omokhodion (father) from Edo State, South-South Nigeria.

In contrast, his mother, Victoria Obiageli, hails from Nwughala in Imo State. At three, his parents separated; thus, he grew up with his mother.

While at the University, Felix Ugo Omokhodion began his modeling career, participating in campaigns for Haier Thermocool, Coca-Cola, MTN, and other notable Nigerian brands. He got his first screen role as an extra in a movie titled Love In Totality, featuring the likes of Yemi Blaq and Omotola Jalade Ekeinde.

In 2006, he attended an audition for a role in a new AIT Television series called One Love, which was produced by Tajudeen Adepetu. He got the gig and was cast in his first significant role as Biodun, a role he played for seven years alongside Vivian Anani, Tony Umole, and Joshua Richard.

In 2016, after a decade of starring predominantly in TV series, he began starring in full-length feature films, starting in a 2016 movie titled The Engagement. Furthermore, he featured in other notable films, including a successful Box office hit titled Celebrity Marriage.

His portrayal of the character James in a movie titled Things I Hate About You, co-starring Calista Okoronkwo and Jackie Appiah, got him a nomination for Best Actor African Movie Collaboration in the 2018 edition of the Ghana Movie Awards.

Felix Ugo Omokhodion is a conspicuous but entertaining actor who has won several awards and recognition for his good works. He won a nomination at the Nigerian Models Achiever Awards 2015 in the Fast Rising Model/Actor of the Year category.

Three years later, he was nominated for the category of Most Promising Actor for the year at the City People Entertainment Awards.

At the Ghana Movie Awards in 2018, Felix was nominated for the Best Actor African Collaboration for his role in a movie titled Things I Hate About You.

Also, at the Zulu African Film Academy Awards (the United Kingdom 2018), he was nominated for Best Supporting Actor – Male.

In 2019, Felix Ugo Omokhodion won the Best of Nollywood (BON) Awards Revelation of the Year.

Felix Ugo Omokhodion is a young and vibrant actor who has won the heart of many with his talent and social life.

The Nigerian sensation has interesting photos all over his social media wall, where over 94.6k followers follow him on Instagram, coupled with

Felix Ugo Omokhodion is one of Nigeria’s most handsome and magnificent actors. The model is quite tall with moderate height, black hair, and dark brown eyes.

However, Felix Ugo Omokhodion is still single up till the moment of publishing this article. He has not been rumored to be in any relationship of any sort. He is not married and has flaunted no girlfriend.

Felix Omokhodion lives as one of the most influential actors in Nigeria, with an estimated net worth of US$850,000.