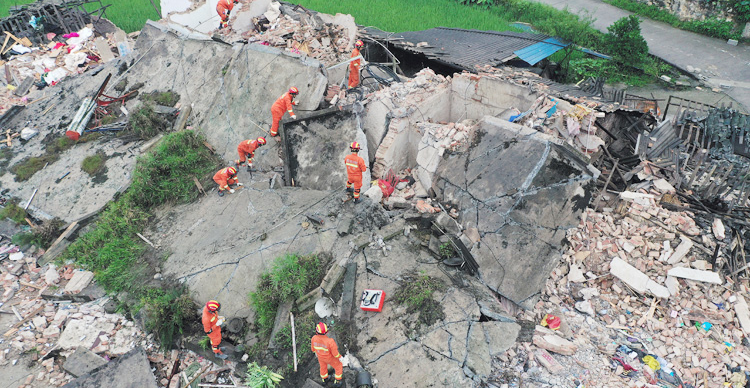 The 6.0 magnitude quake hit 100 kilometres (60 miles) South-West of the port city of Bandar Abbas in Hormozgan province, the United States Geological Survey said. The quake struck just a minute after a 5.7 tremor.

Dosti said most of the damage occurred in the village of Sayeh Khost, close to the epicentre.

One person was killed in November last year when Hormozgan province was hit by twin 6.4 and 6.3 magnitude quakes.

Situated on the edge of several tectonic plates and crossing various fault lines, Iran is an area of strong seismic activity.

Iran’s deadliest quake was a 7.4-magnitude tremor that struck in 1990, killing 40,000 people in the north of the country.