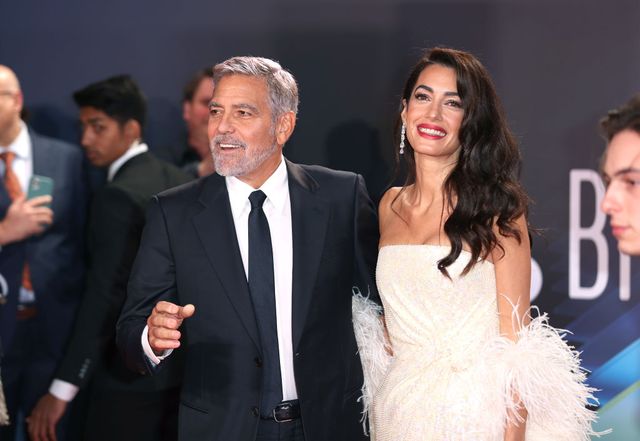 George Timothy Clooney (born May 6, 1961), addressed professionally as George Clooney, is a renowned actor, producer, and writer. He is also a director and campaigner who hails from the United States. He began acting in 1978 and has since developed into one of Hollywood’s sexiest A-list leading males.

In addition to being twice awarded The Sexiest Man Alive by People magazine, his good looks and charisma have earned him the title of the last movie star by Time magazine. He originally said he would remain single forever, but destiny had other ideas, and he is now a contentedly married man.

George Clooney has received numerous nominations and accolades for his outstanding acting, producing, and directing abilities. Despite all of his success, he has never lost sight of the world’s underprivileged. He frequently uses his position to promote LGBT rights, aid those in need, and improve the environment.

Along with his father, George Clooney has put in a lot of effort to draw attention to the situation in Darfur, Sudan, even going so far as to address the European Union and the United Nations. The Not on Our Watch Project is one of the many humanitarian groups he collaborates with. He is a genuine living legend who is unique.

The son of actor Nick Clooney and beauty queen Nina Bruce Warren, George Clooney was born in the United States.

He was born on May 6, 1961, in Lexington, Kentucky. He and his older sister Adelia Clooney were the only two kids in the family.

He began to get Bell’s palsy in high school. He was given the moniker Frankenstein because of the paralyzed areas of his face. He overcame Bell’s palsy, although it had a significant impact.

George Clooney never received his college degree. He moved to California and spent five years studying acting at the Beverly Hills Playhouse after participating in a regional performance by his cousin.

Before appearing on television for the first time in the 1978 miniseries Centennial, George Clooney made a fortune by selling women’s shoes. He appeared in supporting roles over the next ten years in sitcoms, including The Facts of Life and Roseanne.

He was given a part in the popular drama ER in 1994. He remained involved with the show for the following five years, portraying the womanizer Doug Ross.

His acting career took off when he played the lead role in the cult classic From Dusk till Dawn in 1996. Then he went in a completely other direction, appearing in the romantic comedy One Fine Day with Michelle Pfeiffer.

George Clooney‘s lead performance in Batman & Robin in 1997 was regarded as a failure. He appeared in Out of Sight and The Thin Red Line in 1998. In 1999, the combat drama Three Kings, in which Mark Wahlberg also starred, was released.

The following year, he collaborated with Mark Wahlberg once more on The Perfect Storm and acted in the nominated movie O Brother, Where Art Thou? The first instalment of the wildly popular Ocean’s Eleven trilogy came out in 2001. In the same year, he also co-founded Section Eight Productions.

In 2002, George Clooney made his feature film directing debut with Confessions of a Dangerous Mind. He also had a role in the science fiction movie Solaris. In 2005, he produced, directed, and performed in Good Night and Good Luck.

He appeared in The Good German the next year and established Smokehouse Pictures Production Company the same year. In filmmaker Tony Gilroy‘s 2007 film Michael Clayton, he portrayed a lawyer fixer. He was the director of Leatherheads that year.

George Clooney co-starred in the films Up in the Air and The Men Who Stare at Goats in 2009. He then voiced the main character in the animated movie Fantastic Mr. Fox. He co-wrote and directed The Ides of March in addition to starring in The Descendants in 2011.

George Clooney hasn’t shown any signs of slowing down recently. He appeared in films like Gravity, Monuments Men, and Tomorrowland between 2013 and 2015.

He appeared in the 2016 comedy Hail, Caesar! He also appeared in the same year in Jodie Foster‘s suspense thriller Money Monster. George Clooney took on the role of director for the dark comedy Suburbicon the year after. Negative reviews and a poor box office performance plagued the film.

George Clooney published his Catch-22 miniseries on Hulu in 2019. He worked on the series as an actor, director, and executive producer.

George Clooney vowed never to be married again after his first marriage ended in divorce. But as luck would have it, Amal Clooney, a human rights attorney, was this captivating actor’s match. In 2014, on September 27, they exchanged vows.

His marriage to Amal Clooney is blessed with two children: a son, Alexander Clooney and a daughter, Ella Clooney.

George Clooney has been rumoured to have dated Monika Jakisic (2007) and Cameron Diaz (1995).

George Clooney is one of Hollywood’s most sought-after A-list stars and one of the wealthiest actors in the world, with a net worth of about US$500 million.