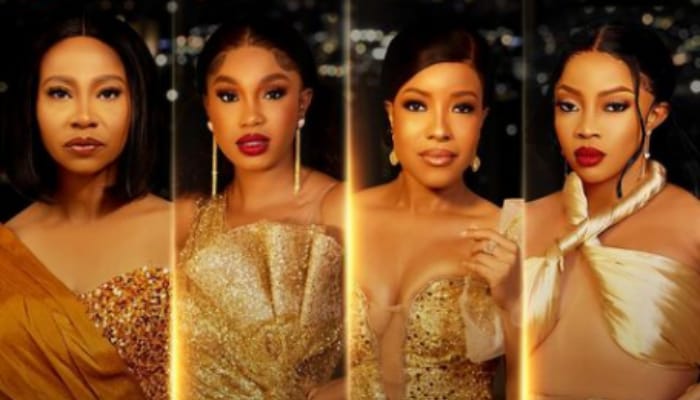 Play Network Studio, makers of the Netflix original movie, Glamour Girls, have responded to criticisms that trailed the movie after its release on June 24, 2022.

The movie, which is a remake of the 1994 classic film of the same name, highlights the activities of single independent ladies who make money from providing escort services to rich men.

Glamour Girls remake was greeted with heavy criticism as some faulted the storyline while others noted that the movie promoted the concept of prostitution and taught no morals.

In a statement on Tuesday, the founder of Play Network, Charles Okpaleke, who is also the producer of the movie, acknowledged the reviews and criticisms from the movie.

He said, “It has really been exciting reading a lot of the reviews for Glamour Girls over the last couple of days.

“Thank you for loving, for criticising, for watching, all while knowingly (or not) telling the world via your numerous platforms to do same.

“I hear we just broke a new record this morning! It has been milestone after milestone, record after record, since the very day we released Glamour Girls, a Netflix Original, on NetflielThe whole world is watching Glamour Girls (A film for us, by us).

“Shout out to all Nollywood filmmakers constantly going through the nightmare of making movies in Nigeria. You guys area blessing and an inspiration.

“And of course a huge shout out to other self-proclaimed Nollywood filmmakers and critics, who have produced numerous movies in their heads, won awards with them and even climbed the stage to make speeches, but are yet to produce any in reality. We see you, we are rooting for you! A win for one is a win for all.

“While at it, go to Netflix and keep watching Glamour Girls. Many, many more milestones to be reached by Play Network Studios seeing as we are barely three years in this industry. We are only just getting started.”

The Netflix original stars popular Nollywood stars like Nse Ikpe-Etim, Sharon Ooja, Toke Makinwa, Temisan Emmanuel, and a host of many others.