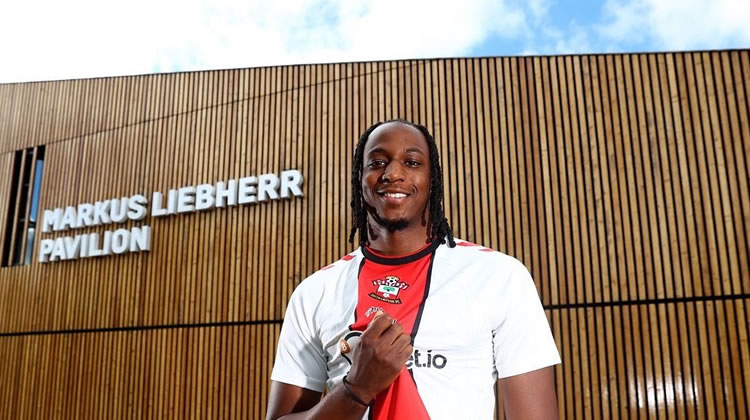 Ralph Hasenhuttl is delighted by the performance of his Nigerian signing Joe Aribo after Southampton were held goalless by SK Austria in Klagenfurt, despite twice hitting the woodwork and seeing a second-half penalty saved on Monday, PUNCH Sports Extra reports.

It was Aribo’s second appearance for the Saints, after playing for 60 minutes for Hasenhuttl’s side in their 3-1 loss to RB Leipzig in a 105-minute contest at Lavanttal-Arena on Saturday.

The 25-year-old Nigeria international moves to St. Mary’s after three successful seasons at Ibrox, where he scored 26 goals in 149 appearances and won the Scottish Premiership and Scottish Cup as well as scoring in last season’s Europa League final defeat to Frankfurt.

The Nigerian came on for Nathan Tella at the start of the second half of the encounter and earned the praise of his new manager after the game.

Speaking after his side’s stalemate, Hasenhuttl said, “It was a very good test against a very good opponent,” he reflected.

“We still don’t have everybody on the same level – you can see there are some differences in the physical part and also in the football. Some have to step up, some are still in good shape.

“I saw a few interesting things for us, and the young lads and the new guys (Aribo, Gavin Bazunu, Romeo Lavia, Armel Bella-Kotchap and Mateusz Lis) have found a good way in the team so far. They adapt very quick to the game and the way we want to play.”

The Saints will be eager to record their first win in pre-season when they face Watford on Saturday in their next friendly game.