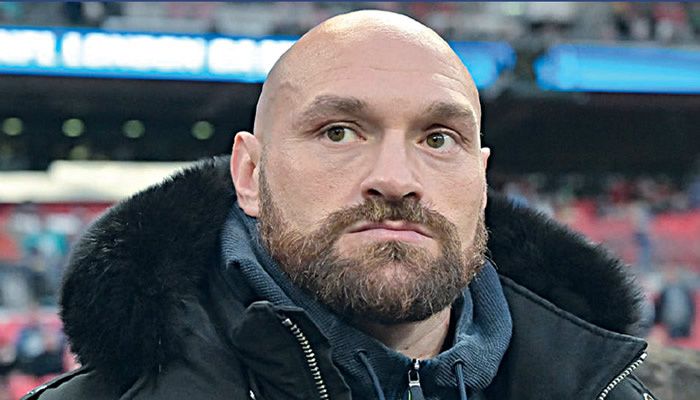 Tyson Fury has apparently had a change of heart on his retirement after he claimed he was willing to put his retirement on hold to fight Anthony Joshua for free at Wembley Stadium.

Following his win over Dillian Whyte at England’s national stadium in April, the 33-year-old has since insisted that he is now retired from the sport.

However, he has now said that as long as certain conditions are met, he will finally settle the score with Joshua.

“Mr Businessman, he’s not a fighting man. I swear to God I hope he wins the fight against Usyk so I can come out of retirement and fight him for free,’ Fury told fans at his After Party tour at the Stockton Globe on Saturday night.

Joshua is due to rematch Oleksandr Usyk on August 20 as he looks to regain his world titles from the Ukrainian after losing them last September.

The bout is set to take place in Saudi Arabia, and Fury criticised Joshua for not putting the fight on in the UK.

“I mean what I’m saying, I’ll fight him for free in England. Not in a foreign country for more money. Here, for free, for the people,” he added.

Fury has previously appeared on a WWE pay-per-view show in Saudi Arabia, but has never boxed in the country.

Fury is yet to give up his WBC title or Ring Magazine belt, and appears to be keeping his options open for now.

WBC president Mauricio Sulaiman has said that Fury will not be rushed into making a decision on his future, leaving the door open for the unbeaten Englishman to face Joshua or Usyk at some point.