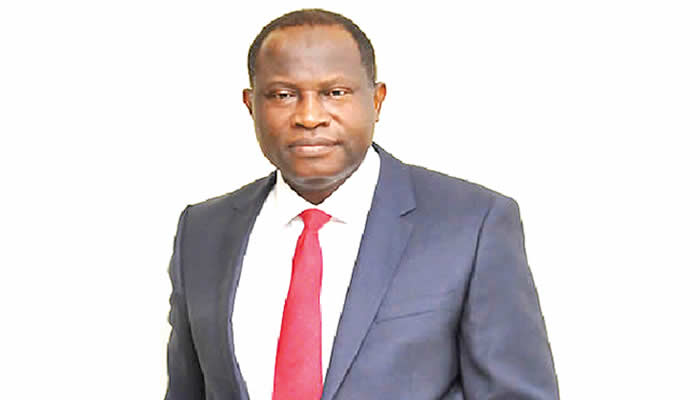 A popular activist and lawyer, Jiti Ogunye, in this interview with Solomon Odeniyi speaks on the debates about the placeholders adopted by some political parties and other issues surrounding the selection of running mates ahead of the 2023 elections

There have been debates on the legality of a placeholder. What is the position of the law on this?

How do you define legality and illegality? Illegality is that which is prohibited by  law, disallowed or not permitted by the law. Legality or what is legal, on the other hand, is what is directed by the law, permitted or allowed by  law. But an act may not be directed by law, yet it is not prohibited, meaning that there is no provision of the law making it mandatory or obligatory that that act should be performed but the act is not disallowed by law. Now, relating this definition to the concept of a placeholder in the Nigerian electoral system and practice: The question to pose is, ‘what do we know as a placeholder?’ A placeholder is a person that holds one’s place. It is like a temporary or ad hoc occupant of a place. Someone, who in the interim, holds the position until the substantive person who will occupy that position, occupies the position. A placeholder, in this regard, will be a vice-presidential candidate or a deputy governorship candidate, who is made the running mate of a presidential or governorship candidate and whose name is submitted to Independent National Electoral Commission with the governorship candidate or presidential as a running mate as provided under section 142 of the Nigerian constitution that says “the nomination of a presidential candidate shall not be deemed to be nominated unless there is a vice-presidential candidate who is to occupy the office of the vice-president.” That’s section 142 (1 ). The provision is similar to section 187 (1 ) for governorship candidates.

The sections you cited above did not justify having a placeholder; where is this concept coming from?

Is this not risky, especially if the placeholder refuses to withdraw ?

The election we are talking about is happening next year in February. While the political parties have their presidential candidates, they are struggling with how to get their VP candidates based on the INEC deadline. They did this to beat the deadline so as not to run foul of the law pending the time they have the opportunity to resolve the issues surrounding who is going to be their VP candidate, considering all the factors like federal character, zoning, suitability, the need to have a strong VP to help garner votes, etc.

The nominated vice-presidential candidate can withdraw under section 33 too, so what’s the hullabaloo about? I don’t see the need for this noise.

What if the placeholder refuses to withdraw and didn’t die as stipulated by the provision of the Electoral Act?

There is no risk. Do you think that those people who are making them vice-presidential candidates wouldn’t have secured a letter from them? This risk you’re talking about exists in the Bashir Machina- Ahmed Lawan case. In that case, Lawan didn’t ask Machina to go and be his surrogate candidate and there is no provision for that under the law. Machina obtained the form, ran and won. Lawan wanted him to withdraw so that upon withdrawal, he will have an opportunity to have his ticket.  It’s like comparing apples to oranges. In a situation where a presidential candidate nominates a confidante to hold a position and then, perhaps, the person nominating him would have asked him to write a letter of withdrawal and then he would later be substituted. It is a political management strategy. I don’t see the placeholders refusing to withdraw.

The opposition Peoples Democratic Party braved the odds and nominated a VP candidate. Don’t you think this signifies a lack of preparedness by the parties using placeholders?

They have 1001 reasons not to be ready early to present their VP candidate and they have exploited what the law has not prohibited to put a candidate there just to satisfy INEC’s directives. The process of picking a VP candidate under a presidential system is full of political calculations, hesitations and considerations of a number of factors which lead to the delay. In fact, the APC also had a problem like this in 2014 before the 2015 elections. If you go to the archives, you’d get this information. By the account, we heard that the VP candidate was in Abuja when he was called that he had to fill a form and rushed in. The Muslim-Christian battle was going on and people were wondering what was going to happen. Wouldn’t APC have a VP candidate? (Former VP) Sambo Mohammed and (President) Goodluck Jonathan were incumbents then, so it was easy for them. This is not the real issue of the election for me. My concern is about manifestos, their programmes, the political personalities involved and whether they are credible and trustworthy. I agree we bear part of the brunt, but I will rather focus on what is considered the real issues in the elections. If they prepare for governance; assuming any one of them will win the election, why couldn’t they have figured out who will be the VP candidate before the conduct of the primary? This may even affect the composition of their government just like it happened the last time that for six months, the president was unable to constitute a cabinet and we were clapping, thinking he was going to do something extraordinary, only for the list to be brought out and it was still the same thing.

In the case of Rafiu Kwankwaso and Peter Obi, there are ongoing talks to present either of them as the presidential and vice-presidential candidate, what is the position of the law on this?

There is no merger yet. If there is a merger, what that means is two become one, like the Action Congress of Nigeria and Congress for Progressive Change have become one platform. This can’t be possible any longer because of the time. What we can have is an alliance. With the alliance, the party will pick one platform out of the two; the parties will ask the electorate to vote for the candidate of that platform as their presidential candidate. For example, if the LP and New Nigeria Peoples Party that you’re talking about can enter an electoral alliance like that, what will happen is either Obi is going to be on top of the ticket; it is either he now contests on the platform of NNPP for Kwankwaso to be a deputy or contest on the platform of LP. Kwankwaso then picks the political card of labour and is the VP candidate. In that kind of arrangement, one platform will be used. Something like that happened in 1999. Obasanjo was the PDP presidential candidate while Olu Falae was of Alliance for Democracy/All Peoples Party. Shinkafi, who was of the APP, was Falae’s running mate in the 1999 elections. That arrangement can happen, it indeed happened before. In 1964, we have UPGA (United Progressive Grand Alliance) and NCNC (National Council of Nigerian Citizens), and all of them were collaborating in an alliance like that. Things like that can happen, that’s not going to pose a problem. But they will need to educate their electorates that this is the platform we will use to vote for the Presidency now and that’s where you have to thumbprint on.