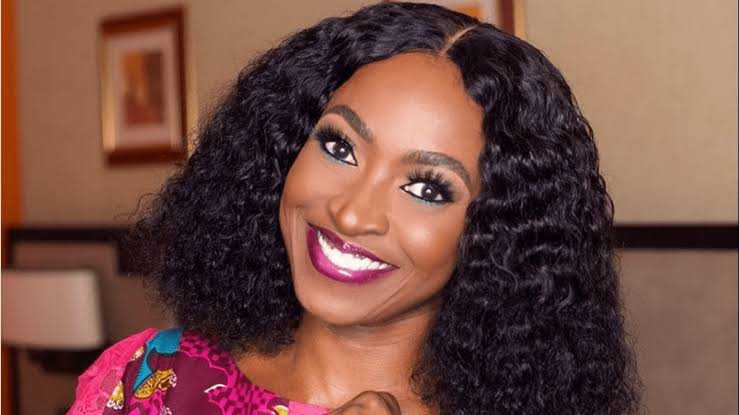 Veteran Nollywood actress, Kate Henshaw, has described the inability of Africa’s most populous country, Nigeria, to refine its crude oil as a “shame” on the part of the government.

PT TwitterSpaces is an innovation of PREMIUM TIMES put together to advance conversations around issues of national concern. The Wednesday edition of the programme had Ms Henshaw and other stakeholders in the oil industry feature as guest speakers.

The actress said fuel subsidy is originally meant to help alleviate and cushion the effect of hardship on people but the subsidy regime in Nigeria doesn’t address the problems.

“To me, it’s a complete shame. It’s evil on the part of the government (both past and current) that we cannot boast of refining our product,” Ms Henshaw said.

She added that it is worrisome that in 2022, when other countries are progressing, Nigeria is still buying refined petroleum products for domestic use.

“It does not make sense that we do not have a functioning refinery in Nigeria. This is a huge indictment on the president who also doubles as the Minister of petroleum,” she lamented.

In recent months, fuel scarcity has worsened in Abuja and several other cities across the country.

Although the crisis in Abuja began in 2021 after the government announced plans to remove fuel subsidy, a major shortage hit major cities including Lagos in February, causing queues at filling stations and leaving millions unable to fuel their cars and generators.

The government said the discovery of high amounts of methanol in imported fuel caused the shortage as authorities tried to replace the off-spec product across the country. The crisis lingered for months despite the federal government saying it had sufficient stock of petroleum products for distribution.

Although normalcy returned for some months in parts of the country, the scarcity persisted in Abuja and black-market sales have thrived with hawkers lining busy roads with jerry cans filled with petrol. But in recent weeks, Nigerians across the country have yet again been thrown into chaos as scarcity returned in filling stations nationwide.

The federal government recently announced it had approved the upward review in freight rates for transporters to help alleviate the challenges associated with the distribution of petroleum products nationwide.

Last month, the government said that the nation’s capital petroleum deliveries were up nearly 100 per cent after the government offered additional N10 freight reimbursements to marketers.

In his remarks Wednesday, Chinedu Okoronkwo, President of the Independent Petroleum Marketers Association of Nigeria (IPMAN), blamed the fuel scarcity in the country on the ongoing Russia-Ukraine crisis.

He said it is a global issue being experienced all over the world, even in places like America and the UK.

“The war between Ukraine and Russia is the real issue,” Mr Okoronkwo said, noting that if not for the non-functionality of Nigeria’s refineries, the issue would have been the best time for Nigeria to generate revenue.

The IPMAN President said it is not a time to play the blame game because he is very sure that the nation’s refineries will begin to work pretty soon.

“The Port Harcourt refinery will work before the end of this year,” he added.

Mr Okoronkwo said the government is trying its best and that if subsidy had been removed, things would have been better.

“Immediately this war started, the price of diesel jumped. The cost of hiring a vessel has also changed. This money is gotten from the parallel market and not from the government,” he said.

In a swift reaction, Ms Henshaw argued that the fuel scarcity situation should not be linked to the Ukraine crisis because the war began not long ago.

“Queues have always been in Nigeria for a very long time,” she added, adding that Nigeria does not learn and that its leaders are far removed from the realities on the ground.

“All the money that has been stolen could have been put to good use in making our refineries work,” she said.

She wondered why the nation does not have a functioning refinery despite its petroleum resources.

“It is evil, it is uncontrollable for not having any refinery functioning and you say we should hold on to it,” she added.

In his remarks, the IPMAN president said the union will look into operational issues like arbitrary charges by NUPENG to ease their operations.

Ms Henshaw on her part said Nigerians had no business having generators in their homes, urging the government to fix Nigeria’s moribund refineries so that the nation could refine its oil resource.

President of the Nigerian Labour Congress, Ayuba Wabba said the concern is not to just make petroleum products available but also affordable because once the price is increased, it will no longer be affordable for ordinary Nigerians.

Other participants called on the government and other stakeholders to fix the lingering issues in the nation’s oil sector to make life easier for Nigerians.