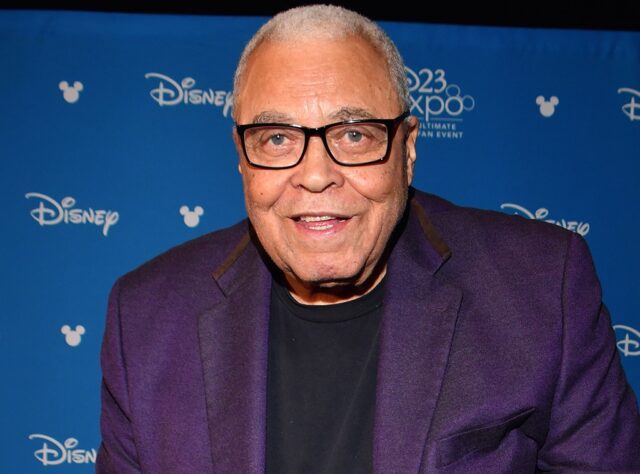 James Earl Jones (born 17 January 1931) is a veteran performer and actor from the United States. With a career spanning more than five decades, he is widely considered “one of America’s most renowned and varied” performers.

He was also a voice actor, lending his voice to Darth Vader in the Star Wars movie series. It is difficult to imagine that he was once a shy, self-conscious boy who stutters, given his enormous success in cinema and voice acting.

With the aid of his teacher, he put a lot of effort into overcoming stuttering. James Earl Jones initially had no intention of becoming an actor and was set on pursuing a career in medicine. He entered the military during the Korean War but soon discovered that medicine was not his true calling.

During this time, he fell in love with performing and started working with the Ramsdell Theatre. After being released from the service, he made his Broadway debut and enjoyed a brilliant stage career that earned him numerous prizes and accolades.

With the character of Lt. Lothar Zog in Stanley Kubrick‘s Dr. Strangelove or: How I Learned to Stop Worrying and Love the Bomb, James Earl Jones seamlessly transitioned from theater to the big screen. He is well known for playing a variety of roles in his movies. Additionally, he has made a number of appearances on television shows.

Robert Earl Jones and Ruth Conolly welcomed James Earl Jones into the world on January 17, 1931, in Arkabutla, Mississippi, the United States. He has a brother named Matthew Earl Jones.

When he was a baby, his father, Robert Earl Jones, a part-time actor who worked multiple jobs, left the family. His farming-related maternal grandparents were his main caregivers for him. He is mixed-race.

He had a challenging upbringing on his grandparents’ farm, where he also acquired a terrible stammer. This caused him to withdraw and stop talking to people.

James Earl Jones was encouraged to speak poems by his English instructor in high school, and with the teacher’s help, he overcame stuttering.

He first went to the Boys’ Browning School before finishing high school at Brethren High School. He enrolled at the University of Michigan to study medicine, but after realizing he wasn’t cut out for the profession, he left.

James Earl Jones enlisted in the Reserve Officer Training Corps and participated in the Korean War as a military member. He was initially commissioned as a second lieutenant, but by the time of his release, he had been promoted to the first lieutenant.

He relocated to New York and trained at the American Theatre Wing after being released from the army. He made a living at this time by working as a janitor.

James Earl Jones was a stage performer before he started acting. Prior to his military service, he had held a part-time position at the Ramsdell Theatre. In 1953, he worked as a stage carpenter, and in 1955, he made his acting debut in William Shakespeare‘s Othello. He performed in other Shakespearean plays throughout the ensuing years, including King Lear, A Midsummer Night’s Dream, Measure for Measure, and Hamlet.

In Stanley Kubrick‘s black comedy Dr. Strangelove, he was cast as Lieutenant Lothar Zogg, giving him his first acting break. He played the boxing champion Jack Jefferson in the 1967 play The Great White Hope, which he also directed. The show lasted for 546 performances and was quite popular.

In the 1970 film The Great White Hope, which was based on the play of the same name, James Earl Jones returned to the character of Jack Jefferson. He was nominated for an Academy Award for Best Actor for his performance.

James Earl Jones, who has a rich and distinctive voice, provided the voice of Darth Vader in the Star Wars films Star Wars, The Empire Strikes Back, and Return of the Jedi (1983). He requested that his work not be acknowledged until 1997.

In the 1990–1991 television series Gabriel’s Fire, James Earl Jones portrayed Gabriel Bird the title character. He played a former Chicago police officer in the series who received an unfair sentence. He appeared in the 1995 television drama Under One Roof, which followed three generations of an African-American family living under one roof.

In the Darrell Roodt-directed 1995 movie Cry, the Beloved Country, he played the role of Rev. Stephen Kumasi. The film was acted using the same-titled novel by Alan Paton served as the basis.

As the millennium began, the actor became 69, but he was able to continue doing what he loved despite his advanced age. James Earl Jones participated in numerous plays during the 2000s, including On Golden Pond (2005), Cat on a Hot Tin Roof (2008), and Driving Miss Daisy (2010).

James Earl Jones appeared in the 2021 film Coming 2 America. He returned to play Jaffe Joffer in the film, which is a sequel to Coming to America (1988).

Julienne Marie, an actress, was James Earl Jones‘ wife. He tied the knot with Cecilia Hart in 1982.

In 1982, the couple was blessed with a kid, Flynn Earl Jones. Cecilia Hart passed away on October 16, 2016, from ovarian cancer.

His first wife was Gloria Patricia Mosolino (1957-1958). The renowned actor James Earl Jones was rumored to have dating Carol Lynley.

The American actor James Earl Jones with an extensive career is estimated to have a net worth plugged at US$45 million.