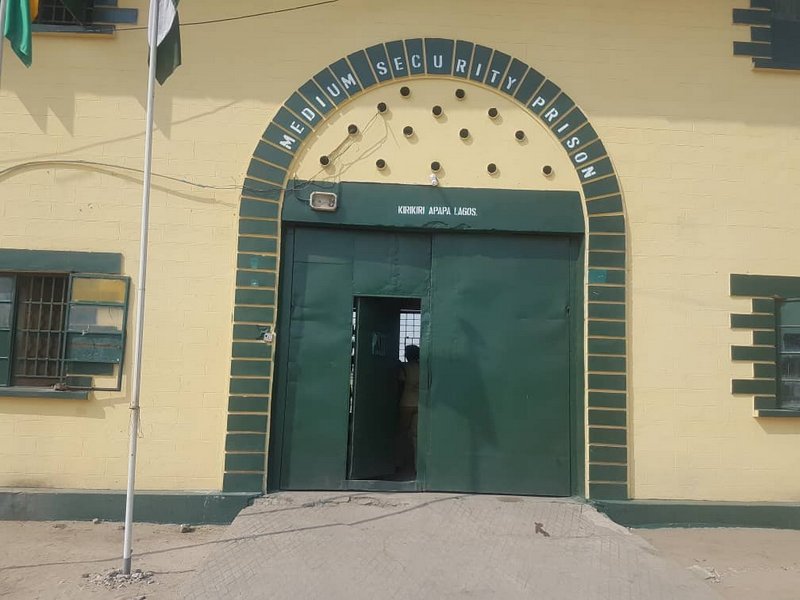 The Nigerian Correctional Service (NCoS), Lagos State, has beefed up security to prevent any ugly development in its facilities.

The spokesperson of the Lagos NCoS, Rotimi Oladokun, confirmed the reinforcement of security in an interview with the News Agency of Nigeria (NAN) on Thursday in Lagos.

He said the security at all the custodial centres in the state had been tightened against possible attacks.

Mr Oladokun said the personnel of the NCoS in collaboration with other security agencies had been on relentless intensive watch since the incident.

He disclosed that the NCoS had requested more hands from the security agencies to ensure that no loophole was left for the penetration of the aliens.

He warned criminal elements with tendencies to carry out jailbreaks to have a rethink, saying they would not be spared.

“Nigerians would remember vividly how men of the Lagos NCoS, and other security agencies foiled an attempted jailbreak by some inmates of Ikoyi Custodial Centre in October 2020.

“The inmates wanted to take advantage of the #EndSARS protest and enforced a curfew in the state to stage a jailbreak; however they met stiff resistance by the personnel at the centre,” he recalled.

Mr Oladokun urged residents of the state to go about their normal routines without any fear.