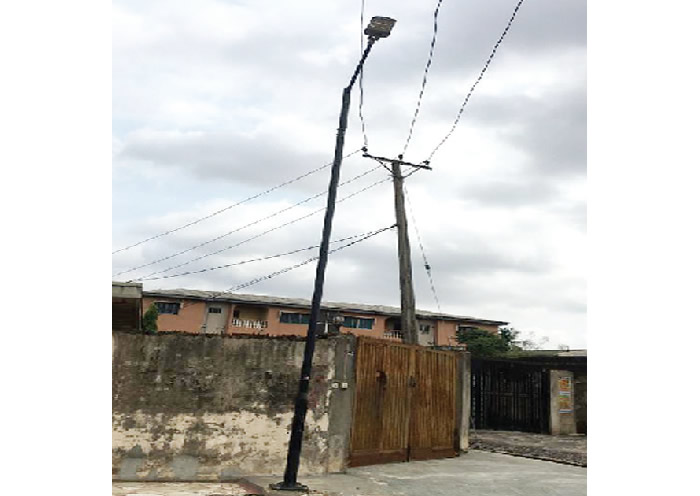 Some residents and business owners on Daddy Savage Street, in the Fagba area of Lagos State, have accused a yet-to-be-identified contractor of putting their lives at risk after installing a streetlight directly under a high-tension cable.

During a visit to the community, PUNCH Metro observed that the streetlight was installed about two weeks ago.

A resident, Isa Olatunji, said the streetlight was life threatening as he demanded urgent government intervention to avert any tragedy.

“As you can see, other ones are safer, but this particular one is just too close and it might be blown by the breeze.”

“The moment I got the information, I took it straight to the chairman of the local government and I made him realise that he should go and do something about it. He has not responded to my message,” he added.

Attempts by our correspondent to reach Hamzat proved abortive as calls and a text message to his phone line were not replied.

The Head of Corporate Communications, Ikeja Electric, Felix Ofulue, said it was the responsibility of the Lagos State Electricity Board to look into the case.

“It is not for us to react because our pole was there in the first place. But we will alert the state electricity board,” Ofulue added.

The state Commissioner for Information and Strategy, Gbenga Omotosho, promised to do something about the complaint.