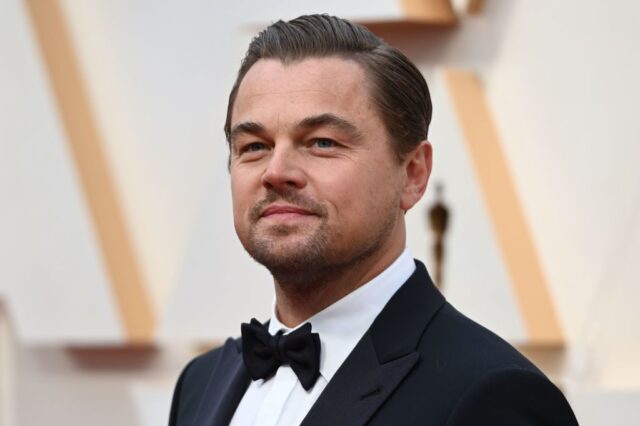 Leonardo Wilhelm DiCaprio (born 11 November 1974), addressed as Leonardo DiCaprio, is a renowned American actor and producer. He is noted for his good looks and exceptional acting ability. He made his television debut in 1991 with Santa Barbara and went on to become a famous figure all over the world.

He made his film debut with the horror picture Critters 3 and went on to star in numerous additional films, including This Boy’s Life, Titanic, The Man in the Iron Mask, and others. He received a lot of praise for his work in dramas, including William Shakespeare‘s Romeo + Juliet, The Basketball Diaries, and Catch Me If You Can.

Leonardo DiCaprio‘s general reputation as an actor was transformed by Titanic, which stands out as a turning point. After the Titanic, he won his first Golden Globe. He has discussed a variety of film genres, including science-fiction, historical and period drama, and romance.

Leonardo DiCaprio is not just an actor and producer but also a humanitarian. The donations he has made demonstrate his care for society and the environment.

Leonardo DiCaprio was born on November 11, 1974, in Los Angeles, California. He was born as the sole child of Irmelin Indenbirken (mother), a legal secretary by trade, and George DiCaprio (father), a comic book creator, producer, and distributor.

He was just a year old when his parents divorced, and he spent his youth living with his mother, who moved around a lot to make ends meet. He has a stepbrother named Adam Farrar.

Even though he didn’t live with him anymore, Leonardo DiCaprio remained close to his father, who encouraged him to develop his creative side. He spent a portion of his early years in Germany with his maternal grandparents.

He enrolled at John Marshall High School, which he ultimately quit after three years and only received a general equivalency diploma (GED).

Early on, Leonardo DiCaprio‘s fascination with mimicking others, pulling practical jokes on his parents, and carrying out self-written skits revealed his passion for acting. He appeared in the children’s television program Romper Room when he was five years old, but he could not carry the show for very long because he was disruptive at such a young age.

At the age of 14, he appeared in his first commercial for Matchbox Cars, which was a little part of an educational film. He made his television debut in 1990 with a short film based on the comedy film Parenthood, for which he was nominated for a Young Artist Award for Best Young Actor.

Leonardo DiCaprio later made cameos in sitcoms, including Roseanne and The New Lassie. In 1991, he appeared in the family comedy Growing Pains and made his acting debut in the horror film Critters 3. This marked a pivotal moment in his career.

In 1993, when he co-starred with Robert De Niro in This Boy’s Life, his work received widespread praise from reviewers as well. With the release of What’s Eating Gilbert Grape in 1993, he added another achievement to his resume. He appeared in the film alongside Johnny Depp.

Leonardo DiCaprio‘s career began to take off after 1995 because of his diversely themed films like The Basketball Diaries and The Quick and the Dead. In the 1996 Baz Luhrmann adaptation of Shakespeare’s Romeo + Juliet, Leonardo DiCaprio played Romeo opposite Claire Danes as Juliet.

With the 1997 release of James Cameron‘s tragic love story Titanic, starring Kate Winslet, his career reached new heights. It exceeded its US$200 million budget, making it the most expensive movie ever.

Leonardo DiCaprio established his ability to handle big roles in Hollywood with the movie’s huge success. He was nominated for an Academy Award for his work in The Aviator (2004), Blood Diamond (2006), and The Departed (2006).

In 2007, Leonardo DiCaprio also penned a documentary with the environment as its main theme. He and Netflix are working together to create more of these documentaries. In 2011, he appeared in the biographical drama J. Edgar, supporting his performance with extensive research. He received praise for his nuanced and convincing portrayal of FBI director J. Edgar Hoover in the movie.

He portrayed former stockbroker Jordan Belfort in Martin Scorsese‘s black comedy The Wolf of Wall Street, which was released in 2013. The film, which recounts Jordan Belfort‘s memories of his time working as a stockbroker in New York City, was adapted from his autobiography of the same name.

In 2015, Leonardo DiCaprio starred in The Revenant. The adventures of the frontiersman Hugh Glass, played by Leonardo DiCaprio, served as the inspiration for the movie, which was based partly on Michael Punke‘s book of the same name.

Leonardo DiCaprio next portrayed Dr. Randall Mindy in the science fiction black comedy picture, Don’t Look Up, which came out in 2021, after portraying Rick Dalton in the Quentin Tarantino-directed comedy-drama Once Upon a Time in Hollywood in 2019.

The movie Titanic was nominated for 14 Academy Awards, winning 11 of them. Leonardo DiCaprio‘s fame soared, and in 1997 and 1998, he appeared on People magazine’s 50 Most Beautiful People list.

For his performance in The Departed, he received the Satellite Award for Best Supporting Actor.

He received nominations from the Screen Actors Guild and the Golden Globes for Best Actor.

He has been an engaged member of society, as seen by his care for the environment. The fact that he participated in Earth Day celebrations and spoke with President Bill Clinton on the subject in 2000 speaks for itself.

Additionally, he has a close relationship with the non-profit organization that works on a variety of environmental concerns, the Leonardo DiCaprio Fund at the California Community Foundation.

For his work on environmental concerns, he was nominated in 2010 for the VH1 Do Something Award.

2014 saw his appointment as the organization’s climate change representative.

Leonardo DiCaprio won the 2016 Academy Award for Best Actor for the film The Revenant.

Because of the numerous affairs, he has had, the media have frequently covered Leonardo DiCaprio‘s personal life.

In the year 2005, a model by the name of Aretha Wilson struck him with a shattered bottle, causing a serious facial injury.

In 2011, Leonardo DiCaprio also had a romantic relationship with the actress Blake Lively.

Leonardo DiCaprio current partner is Camila Morrone. They’ve been dating since 2017 to date. He no child and has never been married.

Leonardo DiCaprio is one of the world’s wealthiest and most influential entertainers, with an estimated net worth of US$260 million.