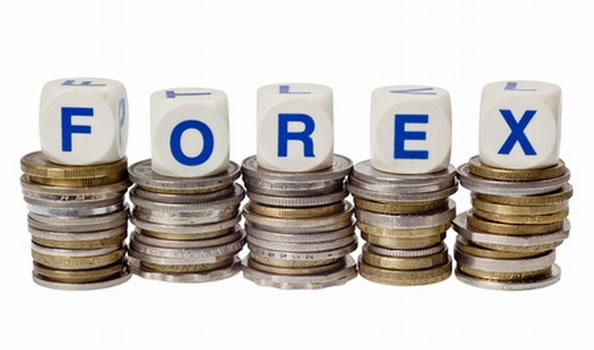 Most of them look up to deposit money banks where a dollar sells for N415-N420, but the banks themselves do not have dollars in sufficient quantity to meet their needs.

The situation is such that a manufacturer who demands $1m only gets two to five per cent of that from banks, according to players in the sector who spoke with The PUNCH.

The Chairman of the Manufacturers Association of Nigeria, Dr Michael Ola Adebayo, told The Punch that the situation was even worse as some would even get less than that.

Banks would break the amount requested into pieces for months for the manufacturers due to lack of forex, he said.

Consequently, manufacturers have resorted to the parallel market, where a dollar goes for as high as N615, but this has had a severe impact on their production costs and the country’s inflationary trend.

Nigeria’s inflation reached 17.71 per cent in May, 2022. One of the major causes of inflation in Nigeria is high cost of the dollar at the parallel market, which serves as a market for various sectors, economists say.

The current foreign exchange crunch started in late 2014 when crude oil price nosedived due to market volatilities. Crude oil provides over 70 per cent of Nigeria’s foreign exchange and any upset of the oil market often hurts the Nigerian economy.

The problem worsened in 2016 when crude oil price fell below $40 per barrel and further to below $30 per barrel by December 2016.

Consequently, manufacturers began to alter their plans and projections. Some of them, who could not withstand the pressure, had to shut down.

By August 2016, at least 54 manufacturing companies had shut down, with over 220,000 jobs lost in the manufacturing and other ancillary sector, according to the Manufacturers Association of Nigeria.

The Central Bank of Nigeria intervened in the market and ordered authorised dealers in the foreign exchange market to allocate 60 per cent of total their total forex purchases from all sources (interbank inclusive) to manufacturers.

The CBN, in August 22, 2016 circular had said, “Following the review of returns on the disbursement of foreign exchange to end users, it has been observed that a negligible proportion of foreign exchange sales are being channelled towards the importation of raw materials for the manufacturing sector.

“Against this background and in order to address the observed imbalance, authorised dealers are hereby directed to henceforth dedicate 60 per cent of total foreign exchange purchases from all sources (interbank inclusive) to end users strictly for the purpose of importation of raw materials, plant and machinery.

“The balance of 40 per cent should be used to meet other trade obligations, visible and invisible transactions. For the avoidance of doubt, authorised dealers are to continue to publish weekly sales of FX to end users in the national newspapers and to render statutory returns on same to the CBN promptly. Please ensure compliance accordingly, until otherwise advised.”

MAN commended the move at that time but acknowledged that available dollars were still not enough for manufacturers.

However, with oil market volatility and Nigeria’s inability to boost the non-oil export sector, the foreign exchange crisis has worsened, claiming several victims.

One of the companies claimed by forex crisis is Moak Industries.

Moak, a pure and bottled water company, was located at Sango-Ota, shut down due to the increase in the cost of its raw materials.

The Chief Executive Officer, Moak Industries, Olatunde Akintunde, told The PUNCH that the company had no option but to shut down because it was unable to procure pre-forms, which were critical raw materials.

“The cost of pre-forms made it impossible for us to continue in business. The prices increased four times in one year. We could not continue so we had to close down,” Chief Executive Officer, Moak Industries, Olatunde Akintunde, said.

Another victim is Kenfrancis Farm, an agro processing company.

The Chief Executive Officer of Kenfrancis Farms, Ifeanyi Okeleke, said he also shut down his small-scale agro-processing firm when it was impracticable to continue operations due to the foreign exchange crisis.

“We had to exit the Nigerian manufacturing space because the cost of dollars made it practically impossible to remain in business. You buy a pack of your raw materials at N20,000 today, next day it is N23,000. We are no longer interested in manufacturing anything here because the country is simply comfortable with importation,” the Anambra State-based entrepreneur told The Punch.

SMEs are not left out

The former President of the National Association of Small Scale Industrialists, Mr Segun Kuti-George, told The Punch that many small businesses in the productive sector of the economy were shutting down due to their inability to get raw materials when they needed them.

He said the inability of a nation like Nigeria to produce was a major challenge that must not be allowed to continue.

On his part, the President of Nigeria Association of Small and Medium Enterprises, Degun Agboade, told The Punch that the situation was threatening to kill the country’s manufacturing sector.

“I know many of them that require spare parts and cannot get because of forex crisis. If they apply for just $2000, they will not even get.”

He urged the nation to support small businesses to drive export-led companies in order to earn more foreign exchange and minimise the impact of dollars on the economy.

Check next time a 40-foot container arrives at Apapa or Tin Can port, it may well be raw materials, spare parts, or even packaging materials imported by a manufacturing firm.

The percentage of local raw materials sourced by Nigerian manufacturers declined to 52.4 per cent in 2021, from 57.5 per cent obtained in 2020, according to data from  MAN.

According to MAN, the decline of local input sourcing from 57.5 per cent to 52.4 per cent was attributed to the scarcity of raw materials.

The reasons for the situation are obvious to many. Some raw materials are not locally available. And even when they are available, they are expensive or not adequate in terms of quality.

A professor of Ceramics Engineering, Patrick Oaikhinan, explained that his experience in ceramics-related raw materials showed that Nigeria was still far from developing its raw materials.

“The major reason companies are sourcing raw materials from abroad is the absence of details about chemical and mineralogical compositions of raw materials. Firms are also unaware of the physical and mechanical properties and areas of applications in various industries of these raw materials,” he said.

“We do not know the extent of the deposits, much less the chemical and mineralogical compositions of our raw materials. We do not have the laboratory to characterise the raw materials. If you do not know these compositions, you cannot formulate the products. If you are using trial and error, you cannot get the desired quality. Many local industries do not have the laboratories to characterise the raw materials before use because it is expensive,” he explained.

In order to beat the foreign exchange crunch, several manufacturing companies started exporting their products in 2016.

In that year, Flour Mills concluded the registration of its Daily Delight and Semolina in the ECOWAS Trade Liberalisation Scheme in order to earn foreign exchange and mitigate the impact of the crunch.

The ETLS enables products to be moved from one ECOWAS country to another without payment of duties/tariffs.

According to information obtained at that time from the Manufacturers Association of Nigeria Export Group, Flour Mills’ Rom Oil also registered its Spread and Margarine brands for export. Its subsidiary, Northern Flour , also prepared Massa Flour and Massavita for export.

Similarly, Guinness Nigeria plc registered its Orijin drink for export into the regional market, and Dangote Group’s Agrosack was also enrolled for export in the ETLS.

While Mamuda registered its sacks, Nasco prepared its biscuits for export.

One of the solutions of the forex crunch in the manufacturing sector is the backward integration, which occurs when a company buys or acquires its supplier. Dangote, Flour Mills of Nigeria, PZ Wilmar, BUA, among others, have all invested in backward integration, but it is not enough to satisfy the cravings of the market.

But Oaikhinan called for a policy to develop the local raw materials and make them more marketable, stressing manufacturers must be funded by the CBN to develop backward integration projects as they were expensive to embark upon.

The Chief Executive Officer of the Centre for the Promotion of Private Enterprise, who was a director-general of the Lagos Chamber of Commerce and Industry, said it was high time Nigeria addressed the issue of its core industries.