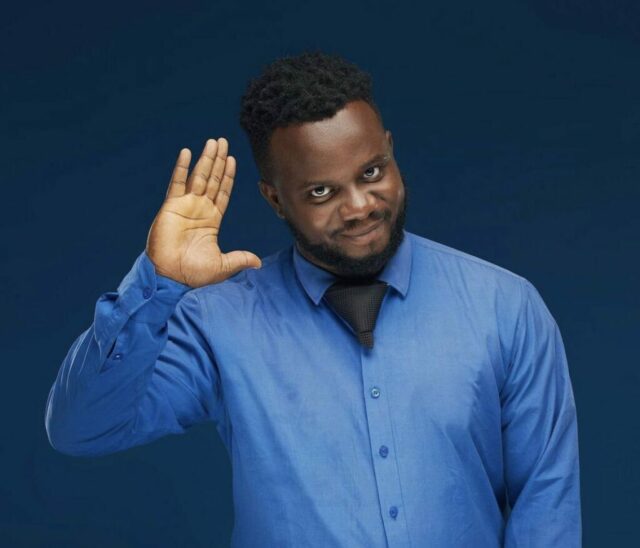 He is a comedian, actor, and brand ambassador who rose to fame after his comedy skits went viral on the internet.

As an actor, he has appeared in a couple of films in the Nollywood industry. He was cast in a supporting role in Papa Benji Season 3. In 2022, He won the AMVCA Best Online Content Creator award.

Emmanuel Chukwuemeka Ejekwu who got famous with the comical name Mr Funny (Sabinus Mr Mumuman) is a 27-year-old Nigerian comedian and actor.
Mr Funny (Mumuman), born January 30, 1995, in Rivers State, Nigeria got popular through uploading a series of comedy videos on his Instagram page @mrfunny1.

Mr Funny (Oga Sabinus) was born to the family of Mr. and Mrs. Ejekiru on the 30th of January 1995. His parents named him Emmanuel Chukwuemeka Ejekiru. His middle and native name, Chukwuemeka, means “God Has Done So Much” in English.

He was birthed into a Christian household and was introduced to Godly teachings and morals by his parents from an early age. He hails from the South-South region. He was born and raised in Port Harcourt City. He is an indigene of Rivers State.

Mr Funny (Oga Sabinus) discovered his comedy talent in his teenage days. He was often in the company of many friends, who liked having him around because of his funny jokes and gesticulations. He was a popular student back in high school and was known for thrilling his schoolmates with jokes that made them reel with laughter.

After graduating from high school, he decided to further his studies at the University of Port Harcourt, where he studied for a Bachelor’s degree. He bagged a degree in Linguistics and Communication Studies from the institution.

Although Mr Funny (Oga Sabinus) knew how to make his close friends and family members have a good laugh with jokes, he never thought of going into the comedy business. However, he changed his mind after making his debut performance on stage at UNIPORT’s Student Union Week in 2015.

Encouraged by the positive reviews he got, he decided to become a comedian. He began creating stand-up comedy content and performed at shows held at the university and other events in Port Harcourt. He also participated in many talent shows held in his home city.

Mr Funny (Oga Sabinus) got the idea to switch to online content creation, seeing that it was gradually making waves in the country. He came up with the professional name, Mr Sabinus, Oga Sabinus and Investor Sabinus. He began to write comedy scripts and shoot the skits he uploaded online. He did this consistently from 2015 to 2021, when he got his big break. By this time, he had become one of the leading social media comedians in Port Harcourt. This was because he had improved the quality of his content, production, and the people he worked with.

His fame spread from Port Harcourt to other cities after his videos when viral on the internet. This happened because leading influencers in the Nigerian social media community, such as Tunde Ednut, reposted his videos on their social media pages.

In a matter of weeks, Mr Funny (Oga Sabinus) became a national sensation, and thousands of Nigerians rushed down to his page to see more funny content. He became famous for the character he had created: Oga Sabinus or Investor Sabinus.

Due to the traffic his page generates and how much people love his content, he has been approached by many companies for brand partnership deals. Notable brands he has worked with are Fearless Energy Drink, Oddstackr, 1XBet, Magic Revive, and Marymic Skincare Spa.

He has also collaborated with other creatives in the entertainment industry like Mr Macaroni, Kemz Mama, Basketmouth, Senator the Comedian, Toyin Abraham, and TG Omori, amongst others.

In June 2022, Mr Funny (Oga Sabinus) had a guest appearance on the music video of Kizz Daniel‘s single, Buga. He has also been cast to play a supporting role in the third season of the web series Papa Benji. Different filmmakers have also reached out to work with him since he became a star in the comedy industry.

At the 2022 AMVCA, he went home with the Best Online Content Creator award. He is billed to perform at his comedy show to be held in the United Kingdom. The show is named Sabinus Live In London was held in September 2022.

Mr Funny who discovered his talent at the University Of Port Harcourt (UNIPORT) ventured into comedy during School Student Union Week in 2015.

This got the attention of some big Nigerian celebrities like Tunde Ednut and others who fell in love with his creativity.

With his ability to get everyone laughing, he got his videos reposted by top celebrities and his fan base’s been growing and waxing stronger every day by day.

It has never been easy for anyone combining education and comedy career and doing fine especially in a highly competitive state of the Nigeria Entertainment Industry, but Mr Funny became and is still one of the few who stands out with their creativity.

Since breaking into the limelight, Mr Funny (Oga Sabinus) has amassed millions of followers on social media.

Mr Funny (Oga Sabinus) is in his late twenties. He turned 27 years old on the 30th of January. He is based in Port Harcourt, Rivers State. However, he travels to other Nigerian cities to honor collaboration gigs and perform at shows.

He is relationship status hasn’t been fully confirmed. This is because Mr Funny (Oga Sabinus) is rumored to be in a relationship with a beautiful young lady named Ciana Chapman. But the comedian is yet to make any news in that regard.

The comedian bought a Mercedes Benz in 2021 and lives in a well-furnished apartment in Port Harcourt.

Mr Funny whose name is not yet listed on Forbes has successfully gathered a whooping estimated net worth for himself.

Hehas become a household name because of his comedy career. This career is also responsible for helping him live a comfortable life.