The PUNCH: Members of the Osun State All Progressives Congress loyal to the Minister of Interior, Ogbeni Rauf Aregbesola, have said the state Governor, Gboyega Oyetola’s fight with them cost him his re-election. Members of the faction, known as The Osun Progressives, spoke, in separate interviews with The PUNCH on Sunday. 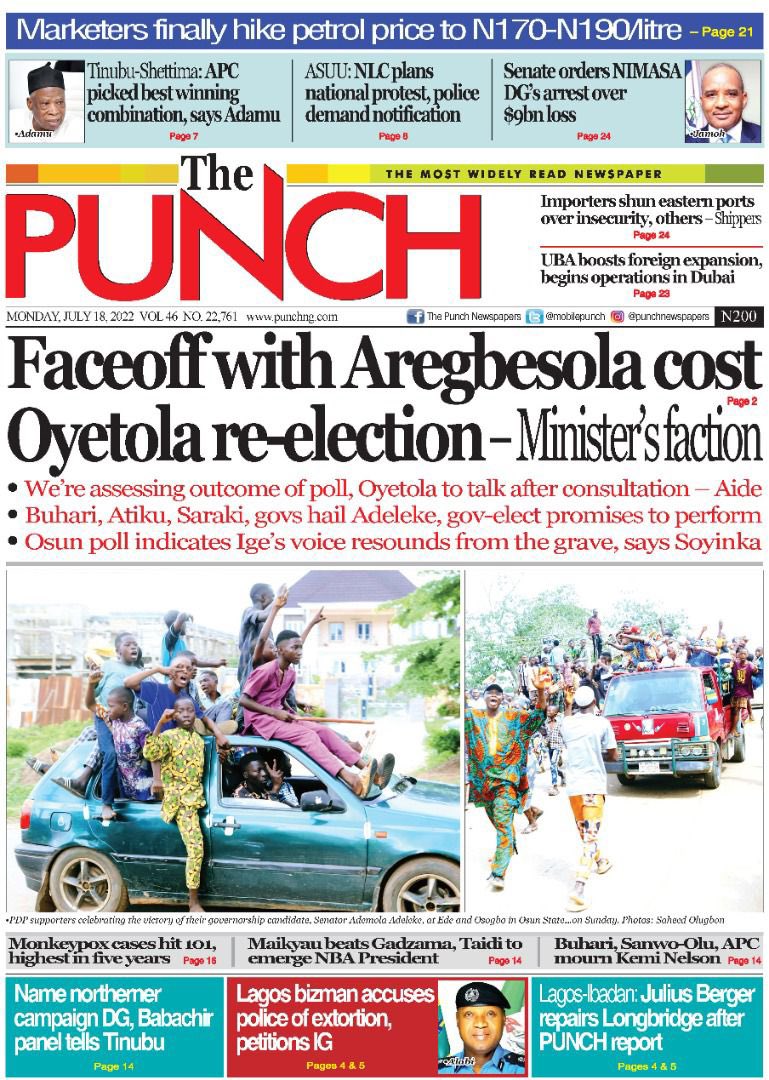 The Guardian: In the face of  economic and financial challenges, members of the rate-fixing arm of the Central Bank of Nigeria (CBN), the Monetary Policy Committee (MPC), will face tough choices in the next two days as the sustained inflationary pressure remains a major challenge for the apex bank. It will be the second interest rate hike in two months if the most likely choice scales the voting hurdle as the Committee begins its 286th meeting. 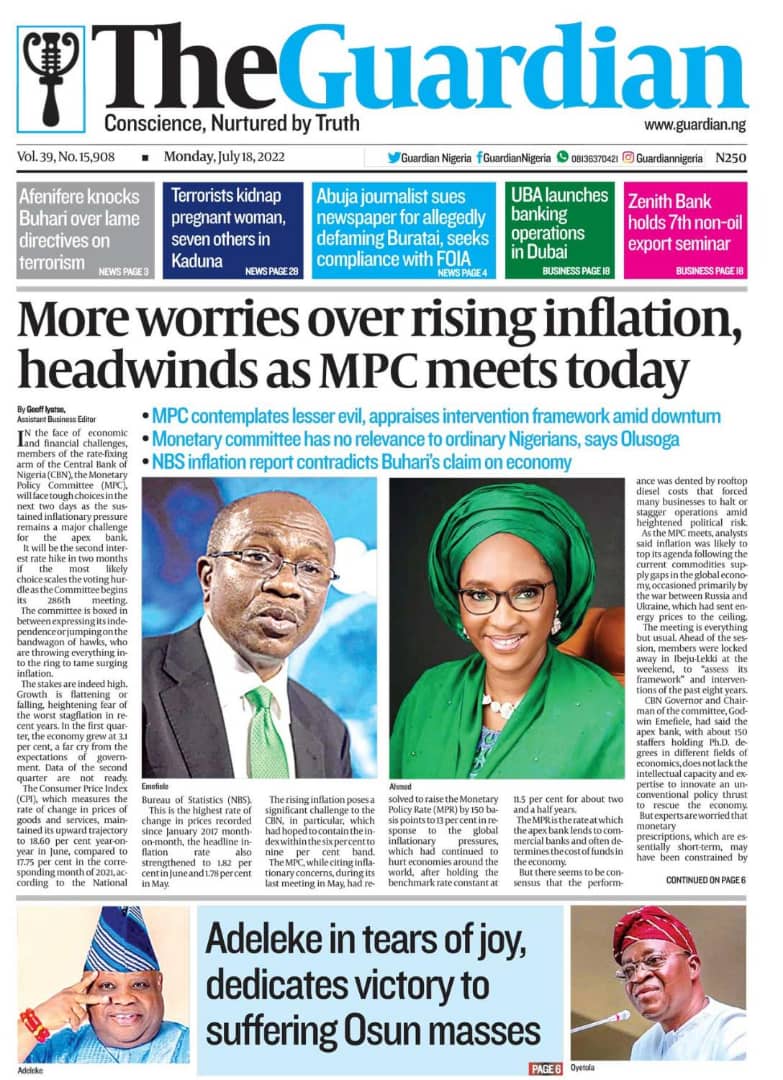 The Nation: There was jubilation yesterday in Ede, home town of the Osun State Governor-elect  Senator Ademola Adeleke, and other major towns across the state, following his victory at the weekend poll. The Peoples Democratic Party (PDP) candidate, who was declared winner by the Independent national Electoral Commission (INEC), polled 403,371 votes to defeat Governor Gboyega Oyetola of the ruling All Progressives Congress (APC), who got 375,027 votes. 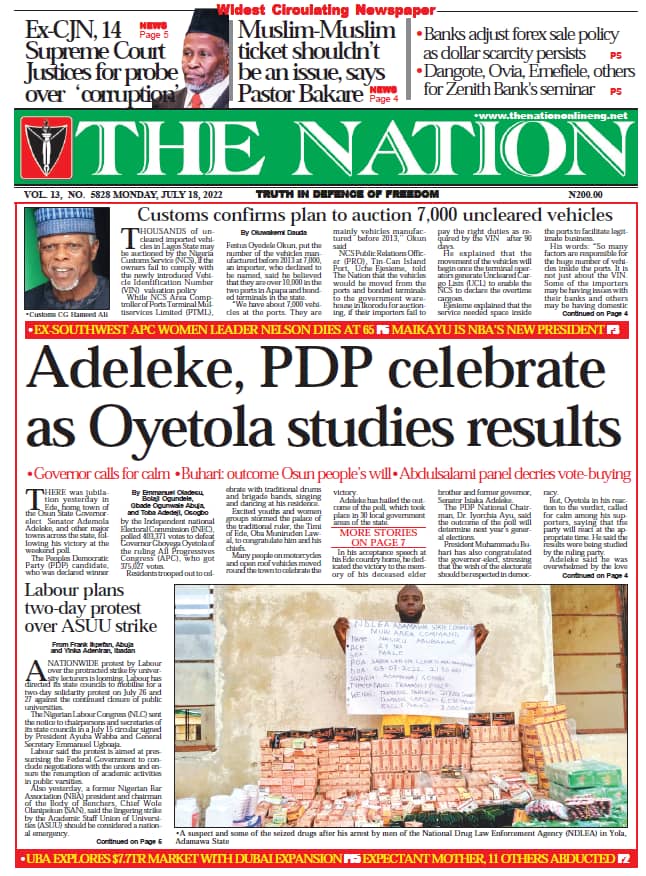 Daily Trust: Internal wrangling and revolt against the ruling party by the people were partly responsible for the defeat of the All Progressives Congress (APC) in Osun State, findings by Daily Trust revealed. 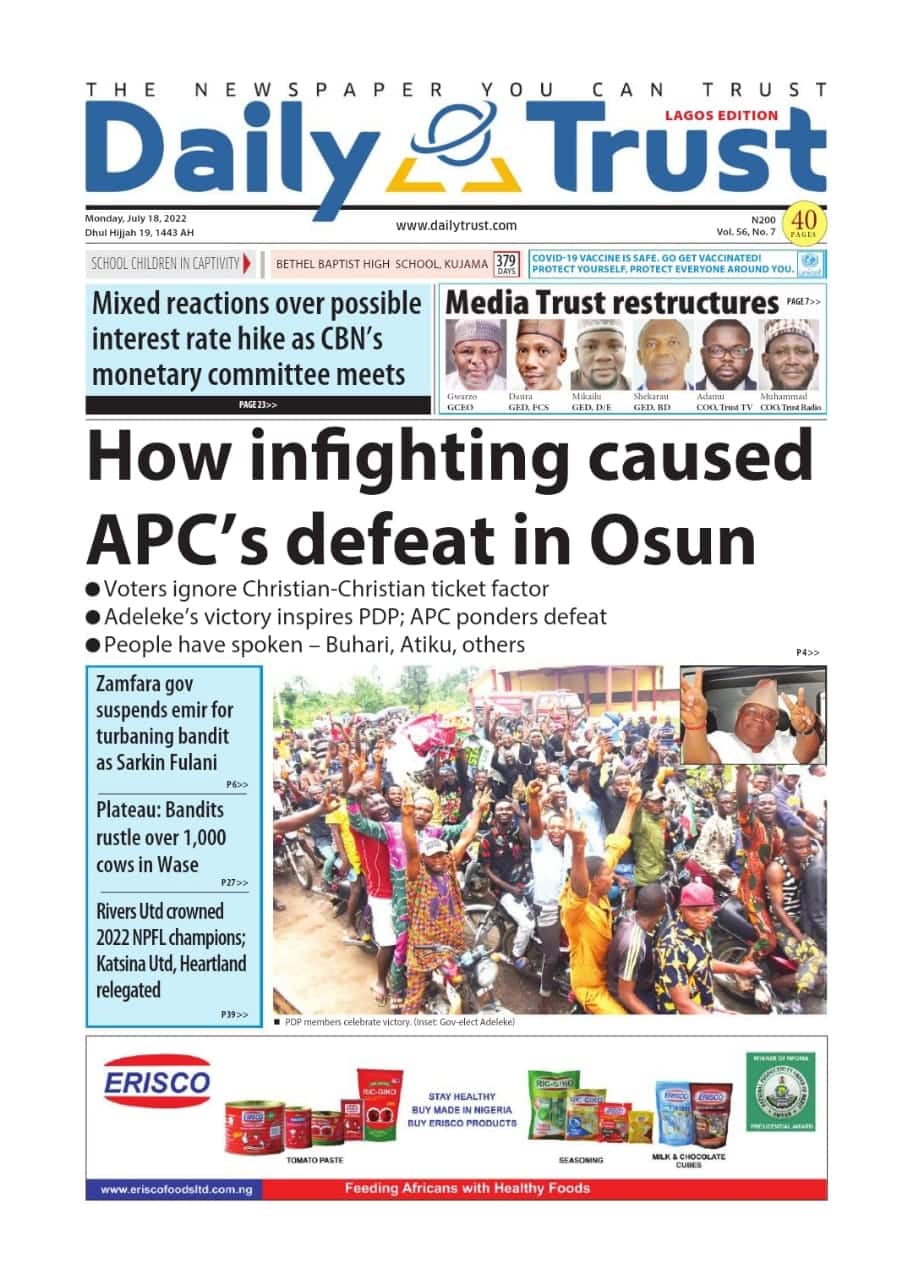