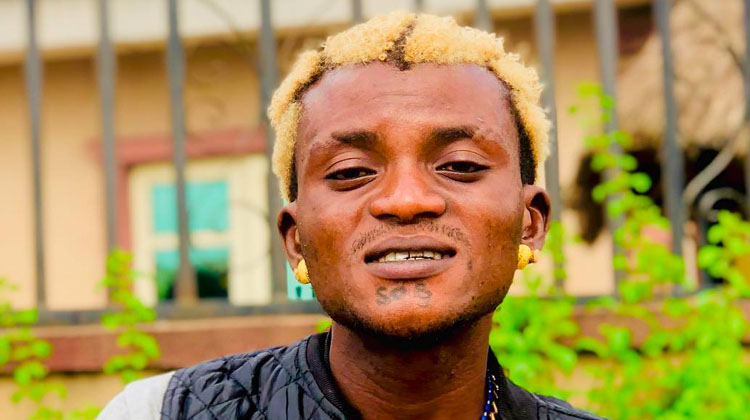 Controversial singer, Habeeb Okikiola, popularly known as Portable, has been interrogated by men of Ogun State Police Command over an alleged assault.

The artist was reported to have visited the police state headquarters, Eleweran in Abeokuta, to honour the police invitation regarding the case.

The Police Command in the state had on June 20 ordered him to immediately report himself at the nearest police post or be arrested.

The summon followed a case of an alleged assault on his former Disc Jockey, simply identified as DJ Chicken.

The controversial singer and a group of men were seen assaulting the DJ in a video posted on social media.

In the viral video clip, Portable, who spoke in Yoruba, ordered his “boys” to beat up the DJ for allegedly sending a message to his wife.

The Police Public Relations Officer in the state, DSP Abimbola Oyeyemi, had issued a statement ordering him to report himself to the nearest police station in the state or risk being arrested.

Oyeyemi gave him 48 hours to report himself to the police.

Ten days after the invite, Oyeyemi, in a statement made available to newsmen on Thursday in Abeokuta, disclosed that the ‘Zazu’ crooner had honoured the invitation.

The PPRO said the artiste reported at the State Police Headquarters, Eleweran, Abeokuta at about 5pm on Wednesday with his father and manager.

He said portable was interrogated and was later granted bail.

Oyeyemi said, “The Ogun State Police Command wishes to inform the general public that the hip-hop artist Habib Okikiola a.k.a portable who was requested to report himself at the nearest police station over a viral video where he was seen ordering a group of boys to beat up one boy simply identified as D.J Chicken has reported at the command’s headquarters Eleweran on Wednesday 29th of June 2022.

“The artist reported at Eleweran at about 5pm with his father and manager. He was immediately ordered to be taken to the Public Complain Bureau office by the Commissioner of Police, CP Lanre Bankole, where he was interrogated about his role in the assault meted to the boy in the video.

“However, since the offence committed is a bailable one, and coupled with the strike action embarked upon by the civil servants in the state which also affected our courts, the suspect was released to a reliable surety who promised to produce him anytime he is needed.

“Meanwhile, the assaulted victim has also been invited to come and state his own side of the story to enable the command complete her investigation on time.”