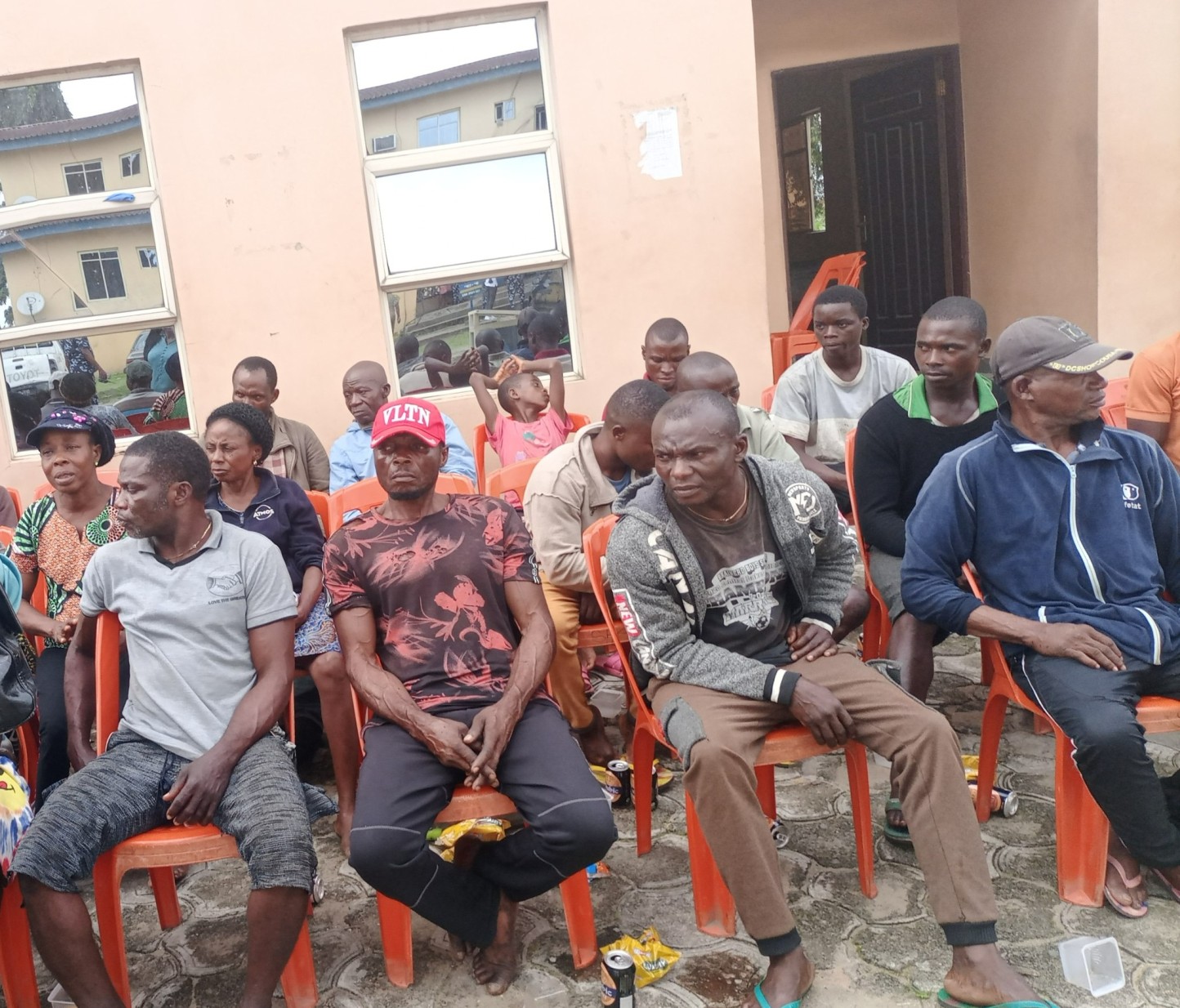 Operatives of the Akwa Ibom State Police Command have rescued 28 fishermen kidnapped by a five-man gang in Akwakpa, in the Uruan Local Government Area of the state.

The state Commissioner of Police, Olatoye Durosinmi disclosed this at the command headquarters, Ikot Akpanabia, while interacting with journalists in Uyo, the state capital.

The Commissioner said the fishermen were rescued with the aid of intelligence and added that as soon as he got the report he drafted the marine officers who were able to rescue the victims at the creeks, where they were held hostage for over eight hours.

He explained that the pirates always posed as fishermen to carry out their nefarious acts on unsuspecting fishermen.

According to him, “The 28 men and women you see here are the people rescued by police marine officers. The victims at about 1800hrs yesterday were attacked on the sea by a five-man gang of pirates. They seized their boat and put them where they will not come out.

“These men of the underworld will pretend to be fishermen and we’ve actually caught five of them before and they are in detention. The long arm of the law will soon catch up with them.

“The five-armed gang pretending to be fishermen bumped into them and asked them to get into the boat. Fortunately, one of them had the phone number of the local government chairman who later alerted me. The usual practice is that they go out on Thursday and come back on a Sunday.

“They were there all through the night searching where they were and by 1000hr my officers found them around a creek with their boats. As I speak, the detachment of the marine officers is still trailing the suspects.”

Durosinmi explained that the command will take the victims to the police clinic for proper medical attention and thereafter reunite them with their families.

He promised to continue to ensure that the state’s land and water remain safe for the people.

“I have taken care of them and I will take them to the police clinic and they will be released to members of their families soon. I want to assure the public that I will do all within my powers to ensure that Akwa Ibom is safe both land and sea.”

One of the victims Iboro Asuquo, who spoke to journalists said, “The thieves collected everything from us, they collected millions of Naira from different people.”

Also, one Victoria Pius from Uruan narrated, “I go there to buy fish. They collected about N1 million from me, which was part of a loan I collected which I pay back N100,000 monthly including money people gave me to buy things for them.

“They carried us to a place we didn’t know, they covered our faces, striped me to ensure I didn’t hide the money in my privates.

“They shot in the air severally, beat us mercilessly before collecting our things. They also carried our three boat engines. Thank God that police came this morning and rescued us.”