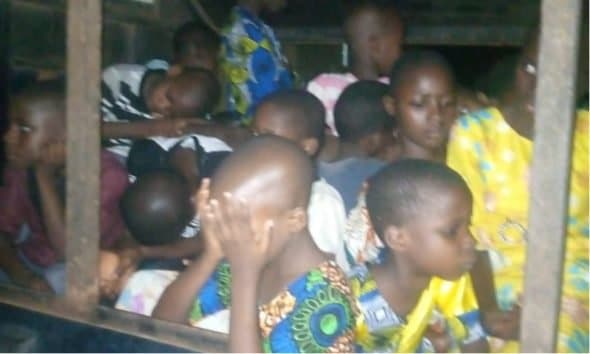 Security operatives on Friday night rescued many children allegedly kidnapped and kept in a church basement in the Valentino Area of Ondo town, headquarters of Ondo West Local Government Area of Ondo State.

Naija News gathered that the kids numbering about 50, were locked up in an underground cell in the church after allegedly being kidnapped.

In a viral video, the children who reportedly could not remember their names were driven to the police station by security operatives in a patrol car.

“There are kidnapped children recovered in the underground cell of a church in Valentino Area of Ondo,” a voice was heard saying in one of the viral videos online.

Naija News understands that the kids have now been taken to Akure, the Ondo State capital.

She stated that the victims had been brought to the police headquarters in Akure.

Odunlami said: “They are transporting the casualties to the headquarters, but I’m still unsure of the specifics.

“I will provide you with the information as soon as I receive it from the DPO.”