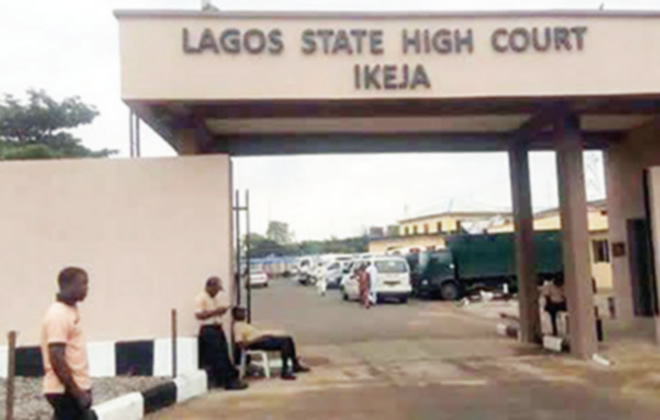 The Lagos State Government has arraigned a travel agent, Sharafadeen Irorun, before Justice Oyindamola Ogala of the Ikeja High Court for allegedly defrauding some intending hajj pilgrims of N24.6m.

The prosecution counsel, Ijabike Olawale, said the defendant and others still at large fraudulently obtained the sum from some intending pilgrims with an assurance to prepare them to travel for the 2014 Hajj in Saudi Arabia.

Irorun is facing 12 counts bordering on obtaining by false pretences and stealing, contrary to sections 312 and 285 (9) (b) the Criminal Law of Lagos State, 2011.

The charges read in part, “That you, Sharafadeen Irorun, and others at large, sometime in 2014 at Ikeja, Lagos, in the Ikeja Judicial Division, did fraudulently obtain N7,500,000, property of Alhaji Kabibiru Abdulahi, under the false pretence that you would prepare his customers to perform the 2014 hajj pilgrimage.”

The defendant pleaded not guilty to the charges.

During the court sitting, one of the complainants, Lukman Abdulkareem, informed the court that his name was removed from the list of complainants.

The prosecution counsel, however, told the court that he would effect the change on the charge sheet.

Abdulkareem also pleaded with the court to stop the defendant from threatening him.

He said, “After the last court proceedings, the defendant threatened me in court and told me that he would make sure I see hell.”

The defendant, however, denied the allegation.

Justice Ogala said the complainant should have immediately informed the court security officer about the threat.

“I don’t know what has happened before now, but after investigation, you won’t find it easy if found wanting,” Justice Ogala told the defendant.

The judge adjourned the matter till July 7, 2022, to hear the defence application for bail.