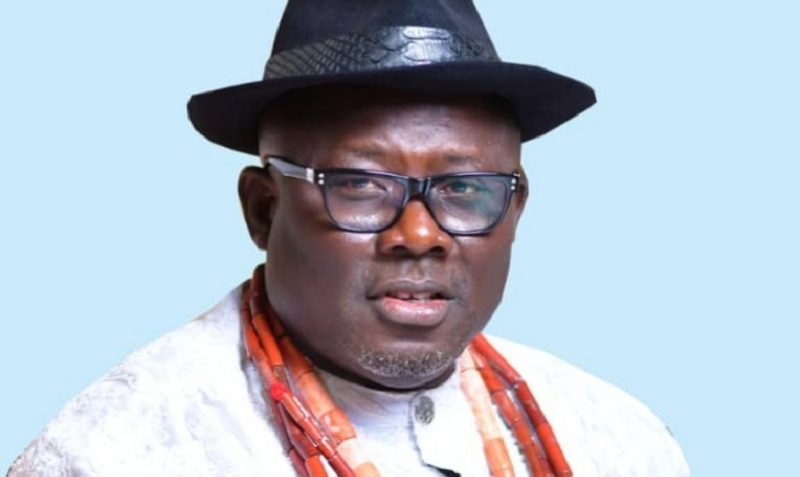 The Federal High Court in Abuja on Thursday disqualified the governorship candidate of the Peoples Democratic Party (PDP) in Delta State, Sherrif Oborevwori, from contesting the 2023 election.

The judge, Taiwo Taiwo, ruled that Mr Oborevwori was not eligible to contest the 2023 governorship election in the state because he supplied false information to the Independent National Electoral Commission (INEC) to back his nomination as his party’s candidate.

Mr Taiwo’s judgement was on a suit filed by David Edevbie, a former Commissioner of Finance in the former Governor James Ibori administration, alleging inconsistencies in the names on the academic certificates submitted by Mr Oborevwori to INEC.

Mr Edevbie came second behind Mr Oborevwori in the May 25, 2022, primary election of the PDP.

He sued Mr Oborevwori, PDP, and INEC as 1st to the 3rd respondents respectively.

According to the plaintiff, Mr Oborevwori used the names: Oborevwori, Sheriff, Francis and Orohwedor interchangeably in his certificates submitted to INEC in violation of the Nigerian constitution and the Electoral Act.

He contended that Mr Oborevwori was not eligible to participate in the primary election on the grounds of the alleged discrepancies in his academic qualifications.

He, therefore, urged the court to bar PDP from submitting Mr Oborevwori’s name as the PDP’s governorship candidate in Delta State.

Among other prayers, the plaintiff sought an order declaring that “having supplied false information and submitted dubious or forged credentials/certificates to participate in and be declared the winner of the 2nd defendant’s (PDP’s) Delta State governorship primary election” Mr Oborevwori “is legally precluded” from submitting, forwarding or otherwise transmitting his name to INEC.

Mr Edevbie also urged the court to declare that he having scored the next highest number of valid votes cast at the Delta State governorship primary election held on May 25, 2022, he be “returned” as the PDP’s governorship candidate for the election scheduled to hold on March 11, 2023.

He also sought: “A declaration that the 1st Defendant should and ought to be prohibited, inhibited, prevented or otherwise restrained from holding out, parading and or advertising himself as the candidate of the 2nd Defendant for the forthcoming Gubernatorial elections in Delta State scheduled to hold on 11th March 2023 by the 3rd Defendant.

“A declaration that the 3rd Defendant (INEC) is legally precluded or prohibited from accepting or receiving from, acting on or otherwise recognising or giving effect to the name of the 1st Defendant as the candidate or flagbearer of the 2nd Defendant for the forthcoming Gubernatorial elections in Delta State now scheduled for 11th March 2023 by the 3rd Defendant.

“An order of this Honourable Court disqualifying the 1st Defendant (Mr Oborevwori) from participating as the candidate of the 2nd Defendant in the forthcoming 2023 Gubernatorial elections in Delta state, scheduled for 11th March 2023 by the 3rd Defendant (INEC).”

The plaintiff sought another order “commanding, directing or otherwise mandating” INEC and PDP to replace Mr Oborevwori with his as the lawful candidate of the 2nd defendant (PDP in the forthcoming March 11, 2023 governorship election.

Mr Taiwo held that the plaintiff’s suit was meritorious as Mr Oborevwori failed to provide contrary evidence to contradict the claims in the suit.

He, however, held that it was premature to declare Mr Edevbie as the candidate of the party since no nomination has been officially made to INEC.

He also did not declare a fresh primary election to be conducted, saying he did not want to preempt the decision of the party.