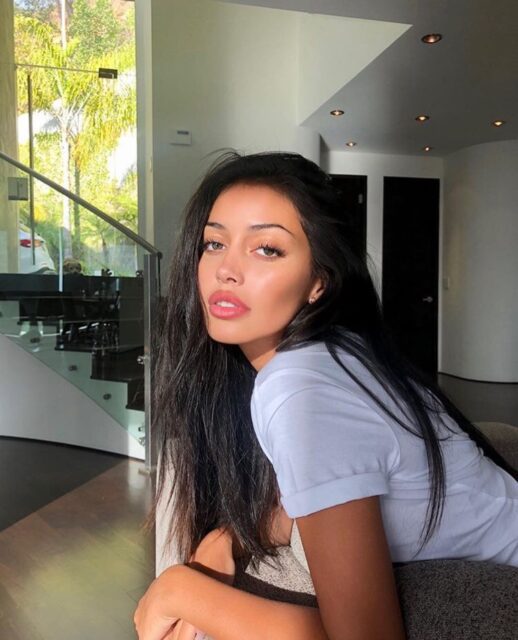 Cindy Kimberly (born November 16, 1998), whose full name is Cynthia Kimberly, is a well-known social media personality and model in the Netherlands. She has grown into a YouTuber, TikTok, Instagram, Facebook and Twitter personality.

She rose to prominence after Justin Bieber shared a photo of her on his Instagram account with the message OMG, who is this!!. She is sometimes addressed as Wolfie Cindy.

Wolfie Cindy Kimberly is a well-known Instagram user. On Instagram, she has over 7 million followers. In 2018, she was also featured on the cover of GQ Spain. She was in a relationship with Neels Visser, a social media sensation. However, they split up in 2018.

Let’s look at some fascinating facts regarding her personal life and professional career.

Wolfie Cindy Kimberly was born in Amsterdam, Netherlands, on November 16, 1998. She has a close relationship with her mother and family.

She hangs around with a diverse group of people, including other models and social media stars.

She comes from a multi-cultural family. She is multilingual; she speaks Spanish, English, and a few other languages. Cindy Kimberly has familial roots in Costa Blanca, Spain, and has a strong affinity for the country. Her father is from Indonesia, and her mother is from Spain.

She has a strong presence and character. Wolfie Cindy Kimberly has a natural eye color. She has always maintained a good relationship with her camera since childhood. She has a good understanding of photography and is also a music lover. She says photography is one of the few ways she expresses herself.

There are currently no valid details concerning the educational background of Cindy Kimberly at the moment.

Wolfie Cindy Kimberly is a self-sufficient individual. She has a wide range of hobbies as well as artistic talent.

She is approachable and pleasant. She is a quiet woman who was taken aback by the avalanche of praise she received when Justin Bieber complimented her. She was rumored to have dated the pop star, Justin Bieber.

Wolfie Cindy Kimberly‘s current boyfriend is Dele Alli, whose father is Kehinde Alli. She is not married and has no child. She has been rumored to have undergone plastic surgery.

Cindy Kimberly is a Dutch social media personality and model. She is best known after being discovered by Justin Bieber on Instagram, which led to him posting a picture of her on his account.

When she created an Instagram account, Cindy Kimberly first began using social media in 2012. She was invited to model for the Milan Fashion Week, and her face is now familiar to many people all over the world.

The beautiful model, Wolfie Cindy Kimberly, brings in a lot of cash from her demonstrating and virtual entertainment impacting profession. The total assessed net worth of Cindy Kimberly is around US$3 million to US$4 million.