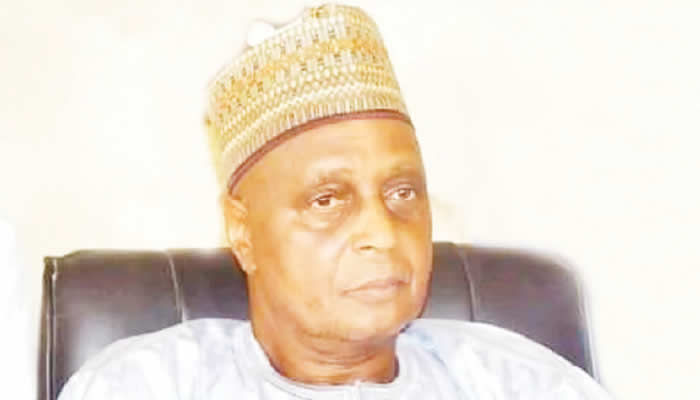 Sani Liti is the Chairman of the Katsina State Chapter of the New Nigeria Peoples Party. In this interview with OLAIDE OYELUDE, he assesses President Muhammadu Buhari’s (retd.) regime and explains why he called for the disqualification of the Peoples Democratic Party’s presidential candidate, Atiku Abubakar and his counterpart in the All Progressives Congress, Asiwaju Ahmed Tinubu

What could have influenced your recent declaration that the PDP presidential candidate and his APC colleague should be barred from running in the 2023 general election?

I still maintain my stand on the call for the disqualification of the two gentlemen from the 2023 presidential race.

First, just like I said the other time, the conventions that produced the two as the presidential candidates for their respective political parties were fraught with acts that violated Nigerian laws and international conventions and statutes that Nigeria is a signatory to.

During the two conventions, delegates were bought with money and dollars were used instead of Nigeria’s legal tender, which is the Naira.

At the conventions, they legalised dollars to buy votes of delegates.

In Nigeria, it is only the Naira that is legalised as legal tender and not any other foreign currency. We are talking of laws and morality here. I am saying that Nigerian laws and international conventions were broken during the conventions of the two political parties, in the presence of our law enforcement agencies and in the presence of the President, (Major-General Muhammadu Buhari (retd.).

During the conventions of the two political parties, no fewer than N150bn must have been spent. This is apart from the money that the two could have spent on party executives. This money alone (N150bn) is enough to meet the needs of the striking ASUU members.

Do you have any proof of evidence for your allegations?

All these are already in the public domain. A serving minister with the APC even revealed this. Also, a delegate also revealed that he spent his own money he collected as a delegate to take care of people in his community. That is why we are urging the Independent National Electoral Commission to disqualify them from running in the presidential election in 2023, as well as the Economic Financial Crimes Commission, police, and DSS (Department of State Services) to arrest them and all other actors who participated in those conventions.

We believe that should any one of these two win the election next year, the country will slide into deeper corruption and financial crime as the processes that produced them were rooted in corruption. We should not allow illegality to be our principle in Nigeria. The two candidates are direct products of illegality, and they must be disqualified and prosecuted.

With your allegations, it seems you are paving the way for your party’s candidate in the presidential election. Is this fair, sir?

What I am saying is that for Nigeria’s democracy to grow, we should not allow illegalities to thrive.  I am citing the PDP and the APC because they are the two parties that we witnessed and heard doing all these things.

Even so, I stated that any party or actor who violated national law during the conventions should be disqualified.

As for my party, NNPP, no money was spent. Our presidential candidate is the sole candidate.

And I swear by my religion, Islam, and by the Holy Quran, that no money was given to anybody in my party. I am not speaking to defend my candidate; but I am speaking the truth if we really want democracy to grow in Nigeria.

The only way to discourage people from engaging in vote buying, either at the primaries or at the general elections is to punish those caught doing so, and this must begin with the PDP and the APC Presidential candidates.

I insist that they must be punished. INEC should organise fresh primaries for the two parties, which must be monitored to avoid vote buying.

Why did you call for the President’s resignation over insecurity in the country, bearing in mind that he met the situation on the ground and has tried his best to tackle the problem?

When we voted for him as President, our votes were based on his promises that he would tackle the problem of insecurity, among others. He also made numerous other promises to us.

If you look at the situation in Nigeria today, the situation has not improved and has even degenerated more than what he met on the ground.

Insecurity issues kept on rising due principally to bad governance, including a rise in poverty, poor economic policies, a fall in the standard of living of the people, an upsurge in tribal/ethnic militia, an increase in corruption activities, crime and criminal activities, and other several factors.

The Buhari government has not only failed to uplift the lives of Nigerians as he promised but soaked the country into deeper corruption and misery.

So, the buck stops at his table. Insecurity and crimes are not just ordinary crimes.

For the sake of Nigerians, they must be dealt with decisively.

Life under the current regime has become miserable in Nigeria. Other than hardship, there are no visible achievements in this regime.

My only advice for Nigerians is that since the general elections are around the corner, they should vote for a political party that will ensure comfort for all, justice for all, provide job opportunities for our youths and reposition the country and that is our party, the NNPP.

Is there any hope for the country then?

Nigerians should not lose hope.

However, people have to be careful in 2023 when we go to the polls. People should vote wisely and not be carried away by propaganda or sweet talk. It is only then that we can talk of better days for Nigeria.’

You were once the majority leader in the Katsina State House of Assembly. Are you happy with the current situation in the state?

Why should I be happy when the state is not still economically dependent despite the fact that we are blessed with men and natural resources that can turn the state around for good?

All these we have that we can use to make the state less dependent on federal allocation.

Yet, the state is being run like a traditional institution. This is not the Katsina State of our dreams when the state was created.

All these we shall change once our party gets to power in 2023.