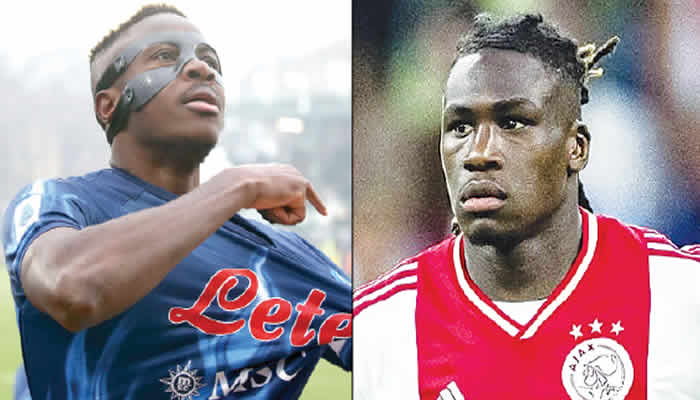 The draw of this season’s competition was held in Istanbul, which hosts the final on June 10, 2023, on Thursday.

The Partenopei were paired against Dutch champions Ajax, Glasgow Rangers and Liverpool in Group A of the competition.

Napoli qualified for the group stage after they finished third in Serie A last season, while Ajax were crowned champions in Holland to qualify for the Champions League competition this season.

Liverpool were runners-up in the English Premier League last season, while Rangers needed a 60th-minute strike from Antonio Colak to advance to the group stage of the competition for the first time since 2010.

Meanwhile, Bassey who grabbed the headlines this summer following his £23m move to Ajax from Glasgow Rangers, was handed a quick return to his former club.

The 23-year-old is looking forward to his debut in the competition after his outstanding performance for the Gers in their UEFA Europa League run to the final in Seville last season.

“Playing in the Champions League would be a dream come true,” Bassey told Ajax website.

Meanwhile, three other Nigerian players are also in the competition.

RB Salzburg duo Samson Tijani and Bryan Okoh will face Chelsea, AC Milan and Dinamo Zagreb in Group E while Fortune Bassey and his teammates at Viktoria Plzen face a daunting task qualifying from Group C, after they were pitted alongside Barcelona, Bayern Munich and Inter Milan.

Both Bayern and Barcelona — have lifted the famous trophy a whopping 11 times between them.

All eyes are sure to be on veteran forward Robert Lewandowski, who swapped Bavaria for Barcelona only this summer, having netted over 300 career goals for the Bundesliga powerhouses between 2014 and 2022.

Tottenham will be encouraged by their draw with Europa League winners Eintracht Frankfurt, Portuguese outfit Sporting and Marseille in Group D.

Chelsea face a stiffer task with reigning Italian champions AC Milan pitted against them in Group E, though they will hope to pip FC Salzburg and Dinamo Zagreb to qualification.

Paris Saint-Germain face a tough start in their latest tilt at a maiden crown with Juventus, Benfica and Maccabi Haifa making up Group H, while Atletico Madrid, Porto, Bayer Leverkusen and Club Brugge do battle in an open Group B.