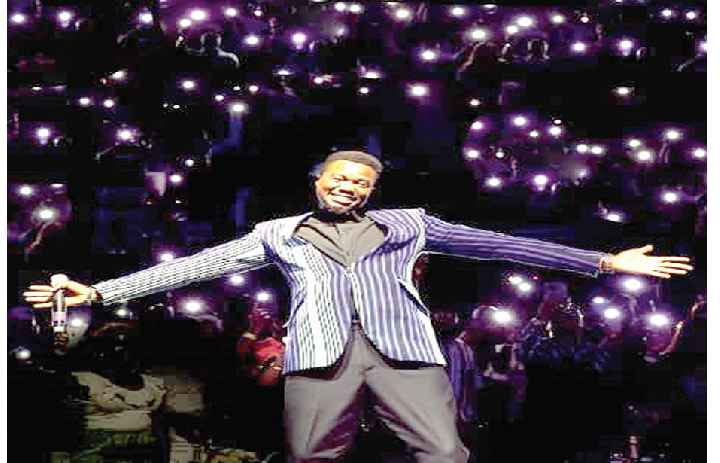 A comedian, compere and former university lecturer, Adegboye Damola, aka Dazzling Damola, was joined by other comedians to thrill guests at an event tagged, ‘Damola is My Name’ on Sunday, August 14, 2022, at Terra Kulture, Victoria Island, Lagos.

In what was his first headline comedy show, Damola was joined by other comedians such as Forever, Kenny Blaq, SLK, MC Saco, Mc Remote, Dr Smile, and a host of others, at the programme, which was sold out.

Also in attendance at the show were older comedians such as Yaw and Lepacious Bose.

Damola, who has handled many events as a master of ceremonies, cracked the ribs of guests with a series of original jokes about a variety of interesting topics.

After the show, the comedian expressed his utmost gratitude to attendees who turned out in their numbers. He also noted that he formally started his comedy career about a decade ago.

Damola, who graduated with a First Class in Political Science, was retained at his alma mater, Osun State University, as a lecturer in the Department of Political Science and International Relations. That gave him the opportunity to present academic papers at both local and international conferences.