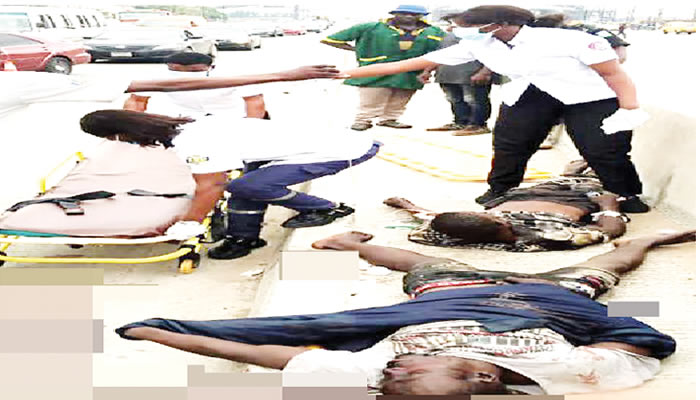 A yet-to-be-identified man has been found dead and another injured at Oshodi Oke, inward Gbagada, opposite the office of the Lagos State Traffic Management Authority, Oshodi, Lagos.

PUNCH Metro gathered that the two street urchins, on Tuesday, were fighting over money from bus drivers along the expressway when they were hit by a motorist.

An eyewitness, Olaniwura Afuju, told one of our correspondents that the men had unknowingly strayed towards the road, as they were knocked down by the oncoming vehicle.

The Permanent Secretary, Lagos State Emergency Management Agency, Olufemi Oke-Osanyintolu, said one of the victims died on the spot.

“The agency’s paramedic team gave first aid to the other victim at the scene and the victim was later transported to the Gbagada General Hospital for further treatment,” he added.