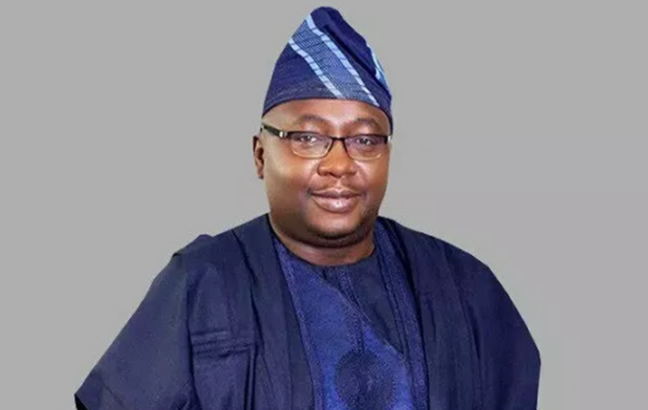 The All Progressives Congress on Monday expressed concerns over the allegation by former Deputy Governor of the Central Bank of Nigeria, Adebayo Adelabu, that he was robbed of the party’s ticket because of his close ties to APC presidential candidate, Bola Tinubu.

Adelabu, a former APC candidate who contested and lost the 2019 governorship election to Governor Seyi Makinde of the Peoples Democratic Party, also claimed that he dumped the party over injustice, lies, conspiracy and malice.

Barely a month after he joined Accord Party, Adelabu told his supporters that he intended to contest the 2023 governorship election on the platform of his new party after he lost the APC ticket again to Senator Teslim Folarin.

Speaking on a popular radio programme “Political Circuit”, the politician alleged that his close affinity with Tinubu was the reason he was robbed of the party’s ticket.

Adelabu made the statement on the same day the former Lagos governor counseled Folarin to plead with aggrieved APC leaders to rally support for him to win the election.

Reacting to his claim in a statement issued on Monday, the National Publicity of the APC, Felix Morka, disclosed that they found the emotional outburst of the Accord party‘s candidate “misleading”.

Morka disclosed that having decamped to another political party, Adelabu has busied himself with making wild and baseless allegations against some national leaders and chieftains of the APC instead of concentration on his gubernatorial ambition.

The statement said, “For a man who lost his bid for the gubernatorial ticket of the All Progressives Congress in Oyo State, Chief Adebayo Adelabu’s recent emotive outburst is understandable, but totally misled.

“For the record, Chief Adelabu, who was the flag bearer of the party in 2019 general election, participated in the May 2022 primary election of the party and lost to Sen. Teslim Folarin. His fate was decided by delegates of the party and by no one else.

“As a former flag bearer of the party, we expected him to explore and exhaust internal remedial mechanisms of the party or seek legal redress regarding any dissatisfaction he may have had with the primary election.

“While wishing Adelabu well in his new political voyage, we advise that he desists from vilifying and maligning respected chieftains and national officers of our great party.”