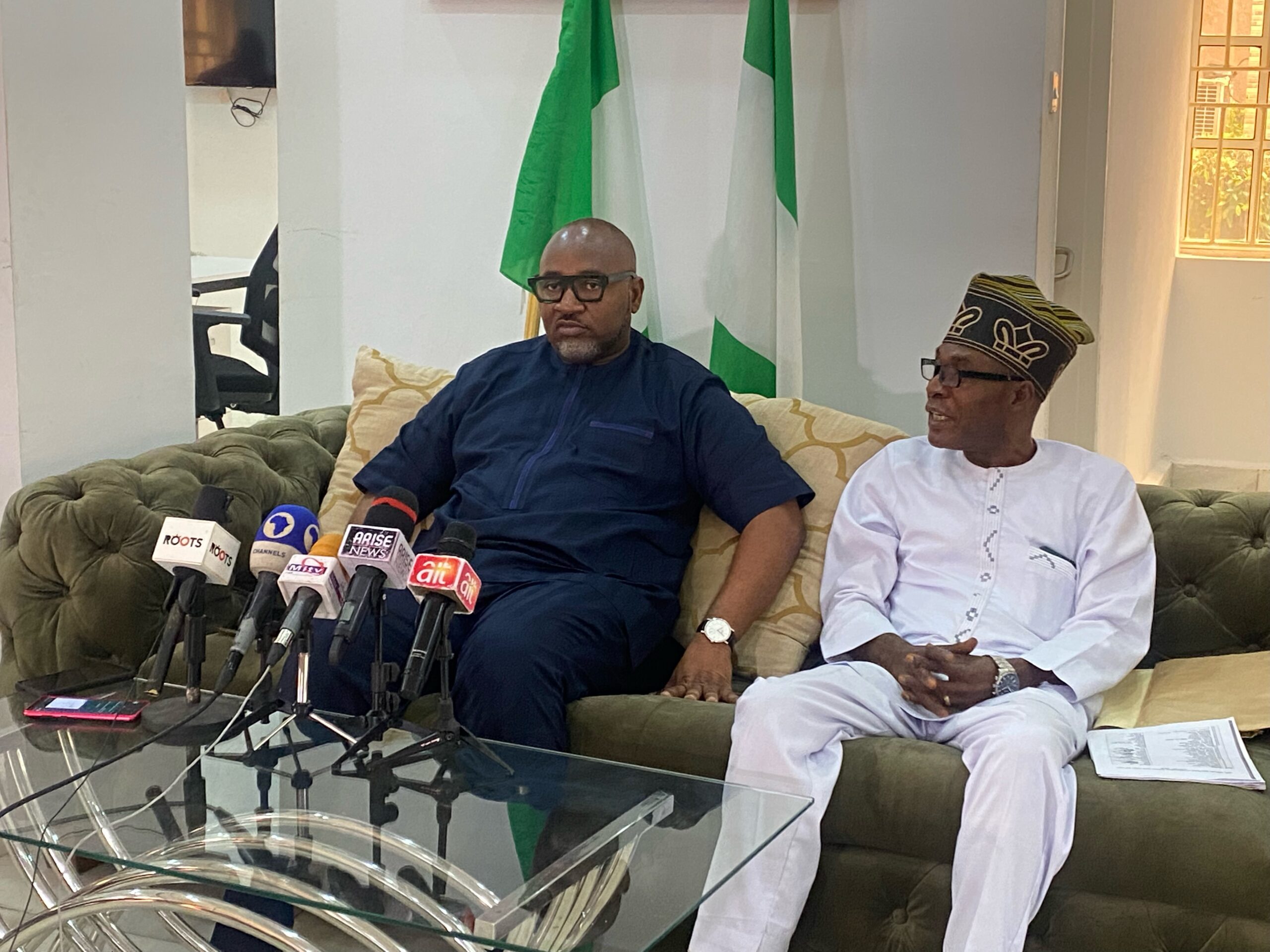 The presidential candidate of the African Democratic Congress (ADC), Dumebi Kachikwu, has dismissed his suspension from the party.

Mr Ajadi in a statement issued on behalf of the National Working Committee (NWC) of the ADC said the candidate was suspended for his defamatory comments against Ralph Nwosu leadership, among other infractions.

However, Mr Kachikwu, at a press conference on Saturday in Abuja, said Nwosu-led NWC lacked the constitutional power to suspend him or anyone else because it has concluded tenure in office.

He disclosed that the tenure of Nwosu-led NWC expired on 28 August but the chairman has been persuading many of the key persons in the party, including himself, to support the extension of his leadership by at least a six month, having spent 17 years in the same office.

“For some reasons, I believe best known to INEC, I or we don’t know how he was able to hold on to that position for the last 17 years.

“With the chairmen of different state chapters, it became known to me that the tenure of NWC was coming to an end and Nwosu was seeking an illegal or backdoor extension and that they were not in support of this. I told them that as the presidential candidate of this party, I will do everything within my power to ensure that I uphold the Constitution,” Mr Kachikwu said.

He claimed to have recently uncovered the alliance talks between Mr Nwosu’s team and an unnamed party to trade his mandate without his consent.

It was on that note that Mr Kachikwu vowed not to negotiate his mandate and that of other candidates in the party.

“Beyond that, my party, the ADC, has been known in the past to have this dubious distinction as a party that traded the mandate of its candidates. In recent memory, we can remember Mailafia who was the last presidential candidate of the party and what happened to him.

“On Election Day, he had to choose to support another candidate because his mandate was traded. We saw that happen in so many elections that the party has held where the party is always trading its candidates and I have made a pledge to deliver on that under my watch as the presidential candidate of this party, my mandate is not negotiable, and the mandate of any candidate in this party will not be negotiated,” he vowed.

Also at the press conference were Chairman and Secretary of ADC State Chairmen Forum, Kingsley Ogga and Odion Osas, who corroborated the change in party leadership.

Mr Ogga condemned Mr Nwosu’s sit-tight disposition despite their mutual understanding and questioned the rights of the latter to suspend any member of the party.

With the end of Mr Nwosu’s tenure, the ADC State Chairmen Forum was given the mandate to steer the affairs of the party till an elective congress is held in the next two months.

“I was surprised when I saw their emergency meeting yesterday, because I was with the former chairman, with our elected House of Representatives member, Leke Bejide. We all agreed that we should call for a NEC meeting and I have called for a NEC meeting to hold on Monday.

“We also extended an invitation to the former chairman, Nwosu, himself because their tenure has elapsed. We all agreed yesterday and he was begging. The Honourable told him that he had stayed too long and it was best for him to go and he was begging for six months.

“I suggested that we choose a caretaker committee to be there for just one month only to later see the letter. The Ajadi you are seeing is going to be the governorship candidate of the party in Oyo, he has no right.

“None of the NWC members has a right to call for a meeting except the NEC. Can a dead body be an MC in his own funeral? They can only come back if they collect form to contest again,” he said.