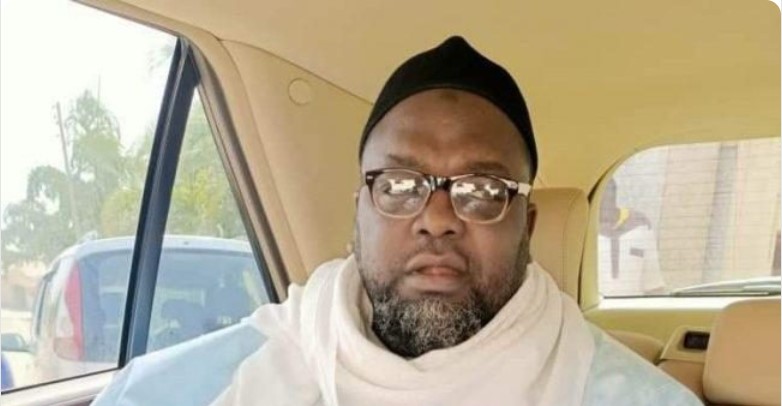 The management of Desert Herald has cautioned the Department of State Service against what it termed the media trial of its Publisher, Malam Tukur Mamu, currently under detention in its (DSS) facility.

In a statement on Friday by its Head, Special Projects, Ibrahim Mada, the management also cleared the air that the so-called ‘Military Accoutrements’ found at Mamu’s residence by the DSS operatives belonged to the son, who’s a Naval Officer.

Meanwhile, the secret police also raided the homes of Mamu’s in-law and other family members in the early hours of Friday.

The management urged the DSS to avoid media trial as it continued the raid on residences of its publisher, in-law and other family members.

The statement read, “We urge the Department of State Service to avoid media trial of Malam Tukur Mamu (Dan Iyan Fika), Publisher, Desert Herald Newspaper whom they arrested and kept in detention since on Tuesday 6th September.

“The DSS in a Press Release on Thursday 8th September 2022 titled ‘UPDATE ON TUKUR MAMU’ claimed during their raids on his residence and office in Kaduna that a large sum of money in various currencies and denominations, as well as military accoutrements, were recovered.

“While the DSS did not indicate the actual amount of the so-called large sum found in his house and office, we want to make it clear, that the ‘military accoutrements’ found in his house are military kits (uniform and barret) belonging to his son, Yahaha Bello, a Naval officer who graduated from the Nigerian Defence Academy(NDA).

“Bello was brought up by Tukur and he lives in his house.

“Recall that about two weeks ago, Tukur Mamu’s. younger brother, Muhammad Saleh Mamu, an Air Force officer was killed while on a counter-terrorism mission in Zamfara.”

While shedding more light on the raids by the Nigerian secret police on the residences of Mamu’s in-law and other families, the management said DSS stormed one Abdullahi Mashi’s believed to be an in-law to Mamu and went away with hander phones, cash and other valuables in the house and whisked him away.

“Apart from detaining Tukur Mamu with his two sons, Faisal Tukur Mamu and Ibrahim Husaini Mamu, DSS operatives early this morning, at 12 am (Friday 9th September 2022) stormed the residence of Abdullahi Mashi collected handset phones of the residents as well as cash and other valuable in the house and whisked him away. Mashi is an in-law to Mamu.

“The DSS also raided the apartment of Ibrahim Husaini Mamu at about 3am this morning. They could not find anything incriminating in all the houses they raided,” the statement added.

The PUNCH reported that Mamu, who withdrew as one of the negotiators between the terrorists that attacked the March 28, Abuja-Kaduna bound AK-9 train passengers, was arrested in Cairo, the Egyptian capital, on Tuesday.

The terrorists’ negotiator was said to have been arrested in Egypt alongside his family members.

Mamu was said to be on his way to Saudi Arabia for the lesser Hajj when he was detained at the Cairo International Airport.

Confirming the arrest, the Management of the Desert Herald Newspaper, said the arrest was an attempt to intimidate its publisher.