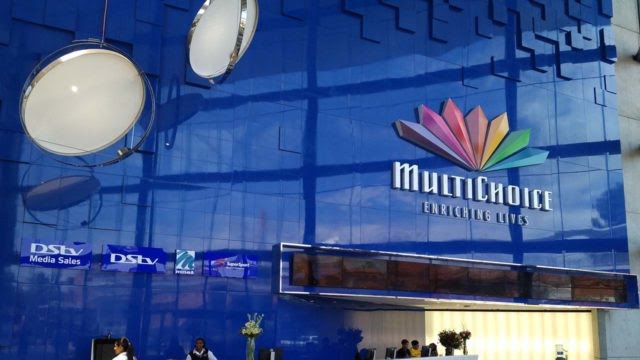 “If that is the case, ensure that it is effected in the country,” the tribunal ordered.

The order raises the hope of many DSTV and GOTV subscribers in Nigeria who have been clamouring for the introduction of the pay-as-you-view tariff plan, instead of the monthly subscription regime adopted by MultiChoice in the country.

Festus Onifade and the Coalition of Nigeria Consumers had lodged a petition against the hike in the prices of Multichoice’s products in Nigeria. They also demanded that the pay TV firm should be ordered to adopt a ‘pay-as-you-view’ TV subscription regime as it does in other countries.

The petitioners jointly sued FCCPC along with MultiChoice, a South African firm and operator of DSTV and GOTV in Nigeria, at the tribunal.

Delivering judgement in the case on Tuesday, a three-member panel of the tribunal chaired by Thomas Okosun ordered FCCPC to “investigate” Mr Onifade’s claims that pay-as-you-view tariff regime by Multichoice is operational in other countries, especially in South Africa.

Raising the hope of Nigerian subscribers, the tribunal ordered that the pay-as-you-view regime should be implemented in Nigeria if it is truly operated in South Africa by the company.

MultiChoice had insisted that it would not introduce ‘pay-as-you-view’ because “Our contract with our suppliers is on a month-to-month basis”.

But the tribunal declined Mr Onifade’s request seeking a reversal of the price increase in Multichoice’s subscription rates.

It held that the FCCPC, being a regulatory agency, lacks the power to regulate the prices of goods and services.

The panel noted that the power to regulate prices of goods and services only resides in Nigeria’s president.

The panel, therefore, declared that prayers 1, 2 and 3 of the claimants are not grantable as the power to regulate prices of goods and services only resides in the president of Nigeria.

It also said that prayers 4 and 5 of the claimants lacked merit.

PREMIUM TIMES reported earlier how the panel in the course of delivering the judgement, ordered the management of MultiChoice to produce their 2021 audited financial report before it on 8 September.

This, the panel ruled, is to “enable the tribunal to determine the appropriate penalty to impose on MultiChoice for being in contempt of the orders of this honourable tribunal made in March.”

The tribunal, on 30 March, issued an ex-parte order directing parties to the suit to maintain the status quo, pending the determination of the whole suit. But MultiChoice disregarded the restraining order by going ahead to increasing the price of its products and services.

“The Managing Director and directors of the 1st defendant (MultiChoice) are to appear before this honourable tribunal with certified true copies of their audited financial report for the year 2021,” Mr Okosun declared.

According to Section 51 of the CCPT Act, a corporate body is liable upon conviction for contempt of a fine not less than “N100 million or 10 per cent of its turnover in the preceding year.”

The tribunal, in its earlier decision, dismissed the preliminary objection raised by Multichoice’s lawyer, Jamiu Agoro, challenging the panel’s jurisdiction to hear and determine the suit.

The tribunal also dismissed Mr Agoro’s application where he sought to reverse its interim order restraining Multichoice from going ahead with the price increase on DStv and Gotv subscriptions.

Multichoice’s announcement earlier in the year to hike its subscription rates with effect from 1 April, triggered the claimant’s suit.

In court filings, Mr Onifade urged the tribunal to issue an order restraining Multichoice from increasing subscriptions for its TV services on April 1, pending the hearing and determination of the motion on notice filed on March 30.

But in breach of the order, Multichoice did an upward review of its subscriptions, while the suit was pending.

Multichoice had announced new rates for its offerings in Nigeria, the firm’s latest price increase that is bound to irk its customers.

The firm said from April 1, subscribers will pay more for all its bouquets and its premium package on DSTV will cost N21,000, no longer N18,400.

Multichoice had argued that it did not comply with the order because the process of tariff increment had been configured and deployed before the interim order was made.