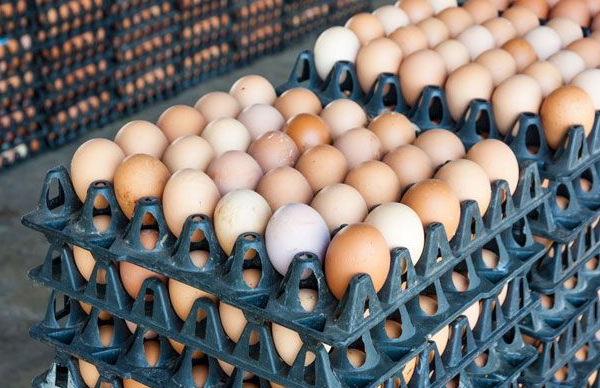 Fish, poultry eggs, milk, dairy and fish products worth $3.49bn were imported into Nigeria in the last two years, according to data from the International Trade Centre.

Within the time under review, fish products worth $2.14bn were imported into the nation, while diary products valued at $1.35bn were brought into the country.

According to the international trade organisation, the fish products included: live fish, frozen fish, fish fillets and other fish meat, whether or not minced, fresh, chilled or frozen; fish, dried, salted or in brine; smoked fish; flours, meals, and pellets of fish.

Flours, meals and pellets of fish, crustaceans, molluscs, and other aquatic invertebrates were also imported.

Dairy products imported included: milk and cream; buttermilk, curdled milk and cream, yogurt, kephir and other fermented or acidified milk and cream; whey; products consisting of natural milk constituents, whether or not containing added sugar or other sweetening matter; butter, incl. dehydrated butter and ghee, and other fats and oils derived from milk; dairy spreads.

This is despite an acknowledgement by stakeholders that the continued importation of fish and diary products is depleting the nation’s foreign reserves and ability of local farmers to sell their products.

Recently, the Minister of Agriculture and Rural Development, Mohammed Mahmood, disclosed that the nation’s yearly fish import bill of about 2.4 million metric tonnes of frozen fish was taking a toll on its foreign exchange reserves.

He said, “Nigeria is a very large country and we need about 3.6 million metric tonnes (MMT) per annum but we are able to produce only 1.2MMT through the artisanal, industrial and aquaculture.

He added, ““However, it is being regulated by the Central Bank of Nigeria because only the CBN governor issues Form-M to anybody who wants to bring frozen fish into the country so that monetary toll in terms of foreign exchange used in importing frozen fish is to be given by the CBN.”

According to the Federal Government, there were 10 million primary and secondary fish producers in the nation. During an address at the Internal Coordination Meeting among departments of the African Union, Mahmood,  stated the nation was working to reduce its fish import bill in collaboration with the private sector through backward integration.

He revealed that to improve local production and reduce imports, the government was encouraging backward integration through commercial aquaculture production for local consumption and exports.